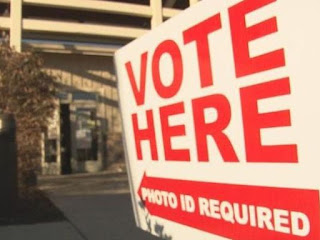 State Rep. Martin Daniel – whose recent comments about ISIS recruitment placed him at the center of recent controversy – has drawn three opponents in his re-election bid for the 18th District seat.

He is the only local state House member whose seat is up this term who faces a challenger in the Aug. 4 state primary.

The deadline to qualify for this summer’s state and federal primaries was noon Thursday.

As it stands, there are seven state House seats, one state Senate seat and one Congressional House seat up for grabs.

In addition, the town of Farragut, which holds its election on the same day, has two races for alderman seats.

Here’s a snapshot of those contests:
In Farragut, Ward 1 incumbent Louise Povlin, the owner of Anytime Fitness and a member of the Farragut Municipal Planning Commission, will face Richard Cataldi, a career military officer and former member of the town’s planning committee.

No one qualified to challenge Ron Williams for the Ward II seat.

The Farragut elections are non-partisan.

Most of the state candidates probably won’t begin campaigning heavily for another few months.

That more than likely won’t be the case for the 18th District state House seat currently held by Martin.

Martin, a Knoxville Republican in his first term, will face Steve Hall, his predecessor whom he narrowly defeated two years ago for the seat; Bryan Dodson, a pizza deliverer and former political adviser to ex-state Sen. Stacey Campfield; and local attorney James Corcoran.

The winner will face Democrat Brandi Price, an attorney, in the November general election.
Posted by Mike Donila at 11:31 AM