No state money for safety center 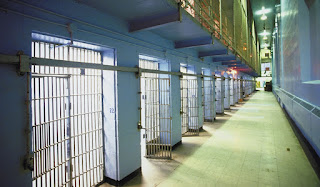 The state this year has declined to give Knox County money to operate a much-talked about public safety center that would serve and treat the homeless and mentally ill who are arrested for nonviolent crimes, Knox County Mayor Tim Burchett confirmed to WBIR 10News.

Burchett, who had been working with Gov. Bill Haslam's office, said he was “very disappointed.”

“Obviously, this isn’t a priority with the state,” he said. “It just seems that East Tennessee usually gets the short end of the stick when it comes to funding, and this is no different.”

The mayor said state leaders told him there was less money than they initially thought in the proposed state budget. Still, Burchett said, he will try again next year.

The mayor figures the county needs about $1 million annually from the state to keep such a facility up and running yearly.

County leaders have long talked about building a facility to combat jail crowding at the main Maloneyville Road detention center, and help those with mental health issues get the care they need. But commissioners say they need the county, state and city to each chip in $1 million to get the operation up and running.

The county set aside its share several years ago, but the state and city have often hesitated to commit.

Past plans have suggested that the center would treat offenders who voluntarily stay for up to three days, and could serve about 4,000 people a year. Officials say the facility would cost about $2 million to build and then another $1.7 million annually to operate.
Posted by Mike Donila at 4:23 PM