Does the Knox County superintendent practice what he preaches? Or . .

“Silence is always the worst kind of reporting” – Rikki Hall


Is it ironic or hypocritical that Superintendent Jim McIntyre would tell the Knox County Commission during its March work session that if members had a problem with something the school system does, then go ahead and call him first? 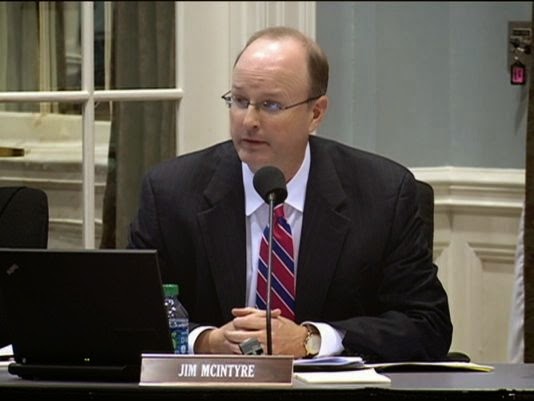 “If you have questions about how we do our business . . .  how we account for things . . .  please give me a call. I think you have my phone numbers,” he said. “Rather than going straight to an audit committee and bringing some fairly salacious allegations, it would be a nice professional courtesy if myself or the school board heard from county commissioners that had concerns or issues to bring to the floor.”

He also later said: “If you have questions . . .  certainly would appreciate a call to me.”

Well, over the years, he’s had plenty of problems with reporters, particularly those who aren’t afraid to ask him tough questions, and report on the findings. He doesn’t like it.

To him it’s “divisive” or it’s just not news.

When he disagrees with a tweet, a blog post or a news report, McIntyre doesn’t call the reporter. He goes over their heads.

Funny. That’s just what he told commissioners NOT do if they have a problem. Remember? “Professional courtesy.”

Anyhoo, it is what it is.

Nope. Not a reporter's fault at all.

However, myself and at least one other reporter in this community do report about the issues. Because it’s news. It’s something people want to read.

And if the superintendent has a problem and wants to sit down and talk, then maybe he should practice what he preaches.
Posted by Mike Donila at 8:56 AM