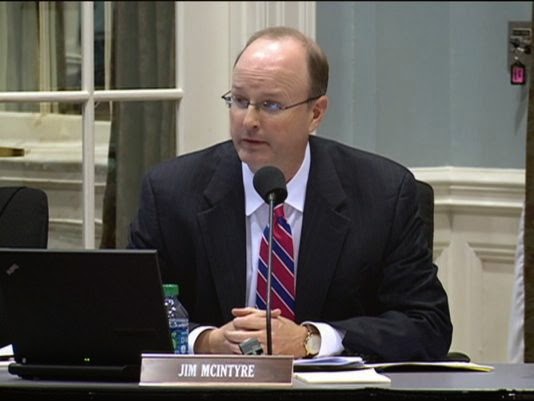 Sensitive Superintendent Jim McIntyre has proposed a $433.7 million (general fund) budget for the upcoming fiscal year that includes pay raises for teachers, according to a memo he sent to Knox County School Board members.

He’s expected to discuss the proposed spending plan, which will eventually get rubber stamped by the board, later this week.

The budget represents a $13.8 million increase from the current budget, which actually adds up to a 3.3 percent bump, and “does not contemplate major new instructional initiatives due to fiscal restraints,” Jim noted.

He said the school system ranks 35th in the state in terms of our average teacher pay, and “in order to retain our outstanding teachers and recruit the next generation of exemplary educators, we must insure that we offer a more competitive and professional level of compensation for our teachers.”

That means, he said, the budget includes an additional $3.3 million over expected revenue estimates to provide 3 percent salary increases for teachers.

“If funds are only appropriated for our budget at the level of anticipated revenues, the raise for teachers would only be 1.7% of total salary, consistent with the proposal in the Governor’s budget,” he added, leaving me to wonder if he really only requested a 1.3 percent increase.

Jim also said the budget “is not without some pain points.”

For example, he wants to cut 12 custodial positions through attrition, which means if no one quits or retires, then he hasn’t cut any positions. The budget “also proposes the elimination of several hundred thousand dollars from our already lean central office budgets.”

He doesn’t actually say what he would cut in central office, other than some mumbo-jumbo about how “some of those resources represent small subject-specific dollar allocations to schools, but central office positions will also be carefully examined and may be considered.”

He also said that some after-school tutoring will be reduced, and “the Project GRAD program will experience about a 15% cut to the resources that support this important partnership. Finally, the assistant principal positions at Austin-East and Fulton which have been at a 255 day contract since reconstitution was instituted six years ago, will revert back to a 221 day contract.”

After the BOE approves the budget, it will go to Knox County Mayor Tim Burchett’s office, so he can incorporate it into his proposed spending plan. Then it goes to the County Commission for final approval.

One thing to note is that some school board members during the so-called “teacher revolt” said they wanted to increase teacher salary by 5 percent. Slim Jim proposed a smaller number, which is probably more reasonable due to fiscal constraints.

It could get interesting if it does get bumped up to five, since that means Burchett – who has long said he supports teacher pay raises – would have to come up with the money or say ‘no.’(We all know how cheap that guy is. Heh.)

We’ll see. We have a lot of time. The budgets don’t need to be approved until June 30, the end of the current fiscal year.

In the meantime, you can read the entire memo right smack here.

Also, you can find a one-page budget breakdown right smack here.
Posted by Mike Donila at 8:25 AM