Last Christmas, KCS superintendent Jim McIntyre recorded a video for teachers, the community, the public, his friends, whoever.

In it, he reminded everyone that the school board extended his contract another year. The video was bizarre. It's since been removed. I blogged about it RIGHT SMACK HERE.

Well, he's got another one.

You can find it RIGHT SMACK HERE.

I'm not sure if he did this on his own, contacted the school system's communications department or reached out to the local PR firms that have worked with him in the past. 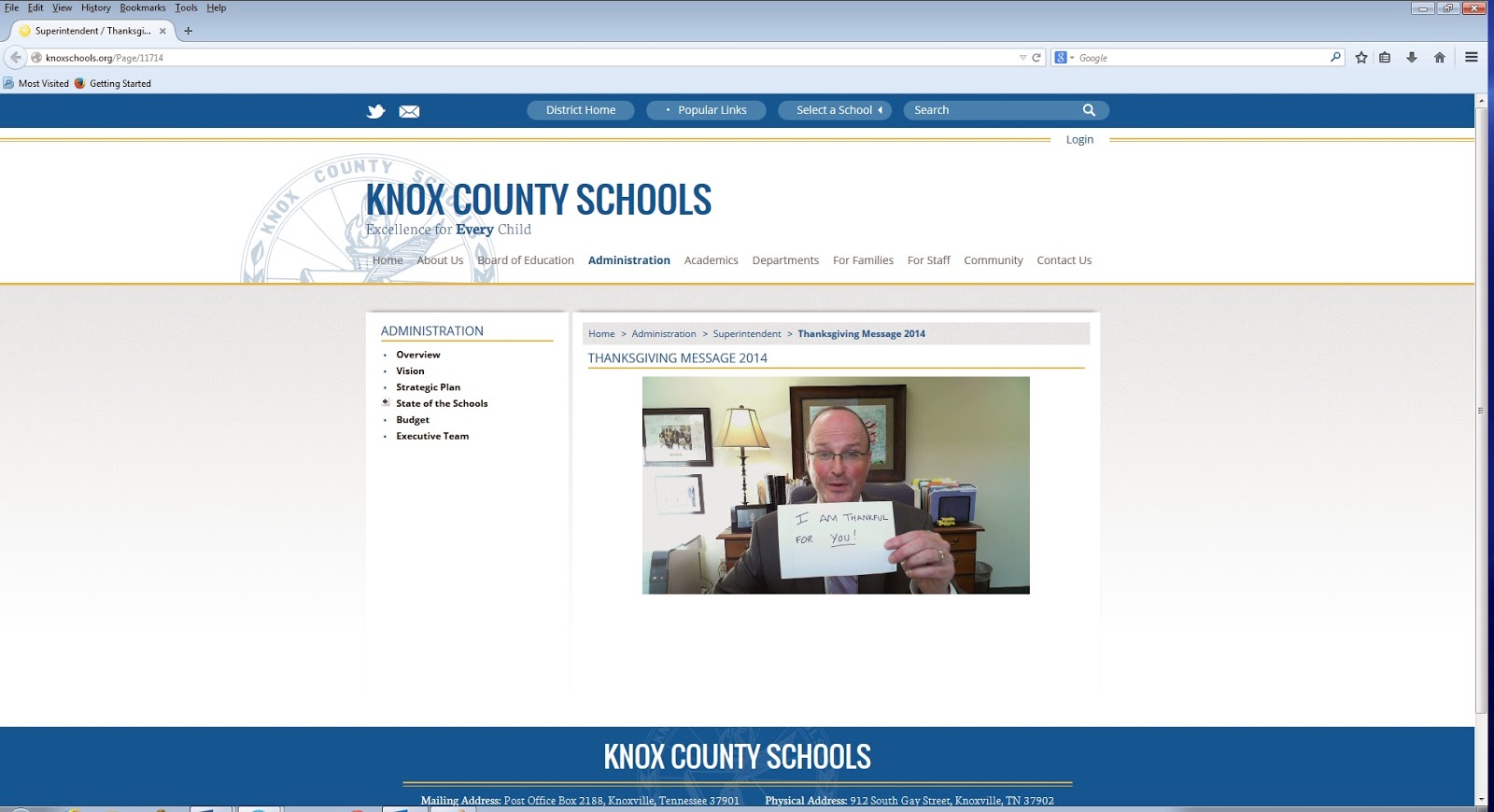 Anyhoo, during the roughly 4-minute video, entitled "Thanksgiving Message 2014," he talks briefly about some successes and reminds teachers that "we will really reinforce your instructional growth."

At the same time, he's holding up a sign that says we will "support your instructional growth." Freudian slip?

He also tells teachers not to worry about their jobs, since KCS fired only one tenured teacher last year.

And he provides what he calls "advice," which he stresses is not a mandate. But then reminds folks to "make sure you . . . ."

I don't know. Sounds like a mandate to me.

The ol' Porch, however, would be remiss if it didn't note that this video is waaaay better than the last one. This time he's in his office, and he kind of, sort of, looks at the camera.
Posted by Mike Donila at 7:24 AM