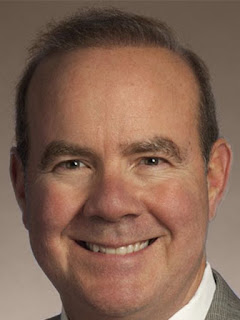 State Rep. Martin Daniel said he could have done a better job explaining himself when he suggested that ISIS should be allowed to recruit on Tennessee college campuses.

His comments came Wednesday during a House committee meeting to talk about the “Tennessee Student Free Speech Protection Act.”

During a brief discussion, state Rep. John DeBerry, D-Memphis, asked Daniel whether ISIS, a Middle Eastern terroristic network, should be allowed to recruit on campuses if the legislation was approved.
Martin’s response?

“Yes . . . so long as it doesn’t disrupt the proceedings on that campus . . . .They can recruit people for any other organization or any other cause.”

His comments have since gone viral and he’s come under fire from some lawmakers. Daniel, though, said the criticism isn’t deserved.

“I’m speaking from a legal point of view,” he told WBIR 10News on Thursday. “I’m expressing only a legal conclusion. I’m not expressing a preference, a directive or an opinion as to whether ISIS is good, bad or evil. I’m only saying that organizations have a right to speak so long as they don’t obstruct the educational process or incite violence.”

Martin also said that “simple recruitment” is protected and “that is different from inciting violence or speech that encourages a terroristic act.”

He noted that speech that “presents an imminent risk of danger” is not protect but “that’s not what (DeBerry’s) question involved.”

“During the committee hearing I probably could have done a better job of explaining what I said,” he said. “I stand by the First Amendment now and always. I will stand by anyone’s right to speak on any matter that they wish provided that it doesn’t qualify as harassment or incitement of violence.”

In a news release issued Thursday afternoon, Martin said DeBerry was trying to distract attention from his proposed bill by brining up an "unrelated hypothetical situation."

"I realize these comments may not be satisfactory to some, who may question how I could defend the right to free speech of supporters of a cruel and evil organization like ISIS," he said. "Granted, I firmly believe that ISIS is despicable and evil, and I am confident that the vast majority of people with any sense of human decency will agree as well."