Past Knoxville annexations at stake 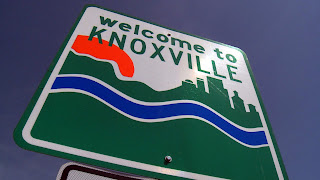 Gov. Bill Haslam says he is concerned about a controversial bill that would let neighborhoods annexed after 1998 vote to leave their cities.

The State House approved the deannexation bill Monday night by a vote of 65-24.  The Senate could vote on the bill later this week.

For more than six decades, communities across Tennessee could simply pass an ordinance to forcibly expand their city limits, whether the people who owned the annexed property liked it or not.  In 2014, the state passed a law requiring residents to vote in favor of joining a city before their property can be annexed.

Knoxville voluntarily stopped forcible annexation more than a decade ago when Bill Haslam was mayor.

However, the 1990s and early 2000s were a time of rapid expansion under former mayor Victor Ashe.
Knoxville grew by 26 square miles during his time as mayor, mostly through what was nicknamed "finger annexation" that extended the city limits in the shape of fingers along the interstates.


Knoxville mayor Madeline Rogero said she opposes the deannexation bill and believes it goes too far by trying to turn back the clock 18 years.

"These are properties that have been part of the city for a couple of decades," said Rogero.  "We have not heard an outcry for deannexation, so we're a little puzzled why this is actually making its way through the legislature.  Plus, Knoxville already stopped forcible annexation more than a decade ago."

Rogero said deannexation would present a large problem because the city has installed water, sewer, and other services in those neighborhoods.

WBIR 10News searched our archives for stories about residents upset with annexation in Knoxville after 1998.  One neighborhood was the Mount Pleasant subdivision near Clinton Highway and Schaad Road in the summer of 2000.  We contacted the same people in those stories from 2000 and none of them still lived in the annexed neighborhood.  We also visited the neighborhood and spoke to several residents, but all of them moved to the subdivision after it was part of the city.

"You have so much turnover, a lot of people may have moved into an area expecting it to be part of the city where they enjoying police protection, fire protection, 311 services, brush pickup, all of those things we provide that you don't get outside of the city," said Rogero.

Deannexation means the city would also lose out on some property taxes.  Rogero said if every annexed neighborhood left the city, it would add up to around $377,000 in annual property taxes.  That figure is actually much smaller than you may expect based on how much property Knoxville annexed in the late 1990s.  Rogero noted only residential property would be eligible for deannexation and much of Knoxville's annexed property was zoned for commercial use.

"We would lose some tax dollars, but it could also potentially cost us more to provide services because there would be a patchwork of houses that are in or out of the city.  You have these donut holes and the city would not be contiguous, so it would be an inefficient way to provide services," said Rogero.

State lawmakers in favor of the bill say the law would give people an opportunity to make a decision that was made for them.  They also point out residents would be able to vote to stay in their respective cities.

The bill says a referendum could take place if 10 percent of an area's population petitions for a deannexation vote.

Full details on the deannexation bills can be found at the links below: