Attendance: Not a friendly interview

Some thoughts about today’s story about the mayor dodging the scheduled meetings for the dozen boards he serves on.

This was far was the most contentious interview I’ve had with the administration. The skin wasn’t so thick Thursday afternoon.

I don’t really care comes to an interview. But I do care that the mayor answers the questions.

Not Grider. Not Rice.

That’s because the others tried to answer for the mayor. When that happened, I typically put my pen down and quit writing. However, there were a few things I jotted down that the others said.

I’m not going to rehash the story here. But rather include some of the stuff that was cut from the original story or that I didn’t put in because I didn’t the space for it on the printed page.

I asked a lot of questions. And I jumped around a bit. That was intentional. I felt the three had a smug attitude when I went in there that afternoon. It was like: This is a stupid story and we have all the answers.

The mayor said he’s up-to-date about what goes on during the meetings. He said he’s informed, he said he talks to all the players, he said he knows what happened when they met.

So, I asked him an easy question.

What happened during the Development Corporation of Knox County meeting in December?

He didn’t know. (For the record, the group talked about the Midway Business Park proposal that the mayor long-champion for transparency. The commission was set to vote on the proposal a few days after the Dev. Corp. meeting the mayor skipped out on was held.)

An obviously frustrated Dean Rice asked: “Is this a pop quiz?”

No, but this stuff was making headlines. So does the mayor know the answer? If he was plugged in like he said, or had a representative there (he didn’t) like he said, or talked to the board members, then he would know.

He didn’t. He stumbled. Then finally said: “I don’t know what was talked about.”
Dean immediately replied: “Good answer, since we weren’t there.” 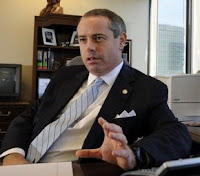 Dean also snapped at me: “Has anything happened that’s been critical?”

(He regretted asking that the second he did.)

“You tell me,” I said. Then I looked at the mayor and turned the question around. “Has there,” I asked.

Now I’m thinking, apparently that must not be important. Or at least to them.

But, to give him the benefit of the doub, no, government did not stop running because Burchett wasn’t there. So it depends on how you define “critical.”

I also pushed him about whether the meetings were important. My general take is that he doesn’t believe they are.

He continued to talk about how he is briefed on them.

I asked the mayor if that was the same as getting second-hand information, kind of like the telephone game in which one person tells a story and passes it around to another person until, eventually, the story is not the same.

He had a bizarre response. He said: “The truth is, is that in the final analysis Tim Burchett is going to have to make the final call.”

I do agree, however, that his finance director, John Troyer, should go to the pension board meetings (and he does). That’s some hard stuff to understand sometimes. And Troyer can translate the information to Burchett, just like the mayor said.

But, I also agree with Commissioner Ed Shouse, who serves as the pension board’s vice chairman and as the chairman of the county's investment committee - both panels that hold meetings that the mayor has never attended. It wouldn’t kill Burchett to walk down the hall – it’s 80 steps from his office to the room where they hold the pension meetings (yes, I measured it as I walked Thursday to meet the administration for the interview), and sit in one for 45 minutes.

Now, I’m not letting Grider off the hook, either.

During our 90-minutes, the mayor talked about the importance of constituent service. He said that’s how he got elected over the years – first as a state representative, then a state senator and finally county mayor. He’s right. Constituent service is crucial to political survival. And Burchett does serve his voters.

He told me that people might not agree with his issues but they will never disagree that he won’t try to help. That is absolutely true. Look at the Carter Elementary issue. Burchett isn’t making a lot of friend in the school administration with his efforts to build the community a new elementary school. But, so what? He’s doing it because the community wants him to.

OK, now back to what I was getting at. Burchett talked about how he toured the schools, the libraries, the blah, blah, blah.

Yes, that’s great. He didn’t do that, however, when the meetings were held.

Grider, however, decided to announce that constituent service doesn’t happen in meetings.
Uh, yeah it does. Not always. But it can. In fact, a lot of times that’s where you find out about the problems. They’re brought to your attention, right there in a meeting.

I told him tha 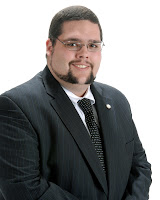 t. The room was silent. For a few moments. The mayor cleared his throat. We moved on.

Another time I asked the mayor who Jason Lay, a senior accountant in his finance office, is. (This is right after he said that his board representatives meet with him.)

Grider did know the answer, however, so at least someone was batting .500. (Not bad is you’re a baseball player.)

Another time, the group told me that the finance director was at an investment committee meeting last Wednesday.

I told them he wasn’t. I went to that meeting. They didn’t.

They didn’t believe me. Upset, Dean Rice left the room to talk to John Troyer – to see if he was there.

He wasn’t. But, they did send someone else. And yes, the person they sent was competent.


But, again, this is another case of not knowing your representative and obviously not being briefed on what happened during the meeting.

I don’t doubt that the mayor’s representatives tell him what happens in the meetings. But, they don’t do it as often as he’d like to believe or as often as he attempted to claim.

That said, I don’t think the mayor is clueless, either.

As he pointed out, people pick on him because he’s not that polished and he doesn’t have the slick lines.

But, he’s not stupid.

And I have found that for the most part his administration so far has been pretty transparent.

"I have never been more proud than I am today of my husband. He is a man of character, and works harder than anyone I know. He has been in office 6 months, has saved taxpayers over 8 million dollars, stood up for our schools, our libraries, our land rights. As a wife, every morning the phone rings before 7am and rings after 11pm every night. We attend meetings from Corryton to Concord and everywhere in between. Most wives would be upset they have to 'share' their husband with half a million other people, but I know he truly loves what he does. And through all the long days and meetings, Tim Burchett has still been an amazing husband and foster dad. A true member of his community, not just some polished suit you only see on TV. He loves his job and is dang good at it, just ask the taxpayers. God has blessed us and I'm proud to call him my husband...and my Mayor."

Donilla our job is the press..we are suppose to 'press' for answers. I am so proud to call you a fellow journalist