How tax bump will affect residents

So, last night the Knoxville City Council signed off on Mayor Madeline Rogero's budget, and the first tax increase - 34 cents - in a decade (you'll note that it was one penny less than the one Gov. Bill Haslam put in place when he was mayor). 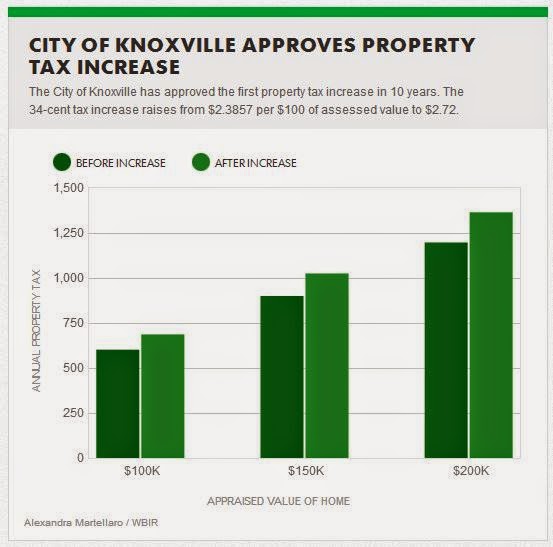