SW Day: May the Fourth be with You

So, everyone who reads this blog should know by now that I occasionally drop a few Star Wars references. Sometimes a lot of them. Well, today – May 4 – is Star Wars Day, the unofficial holiday created by the fans to celebrate the franchise.


And in that spirit, I’m gonna have a little fun. Think of this as one of those “switched at birth” segments.

Don’t take this too seriously. I didn’t. Heh.
Let’s start it off. We all know that the City County Building is really the Death Star. So, here ya go:

And who runs – sort of – at least one side of the City County Building? Knox County Mayor Tim Burchett does.

Of course, Chewie has a partner. So, I guess that means the Man with the Badge is really Han Solo. 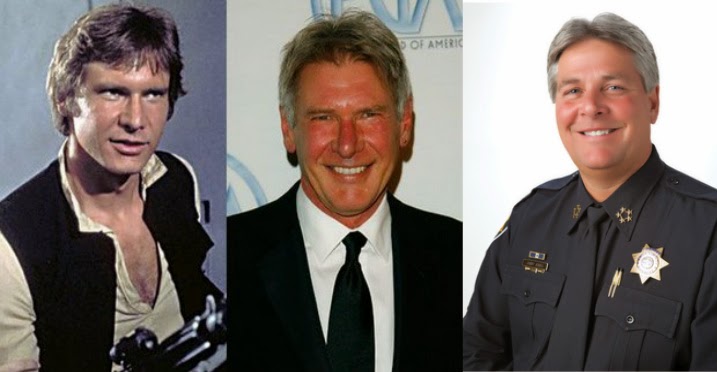 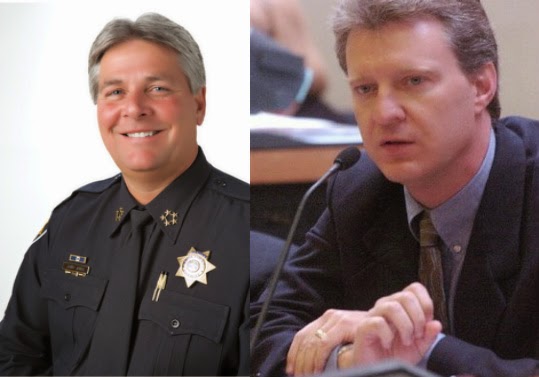 OK, maybe that one didn’t work. Let’s find a better comparison. What about the Emperor and Burchett’s chief of staff?

“Goooooood.” All that’s missing now is a white cat to stroke. 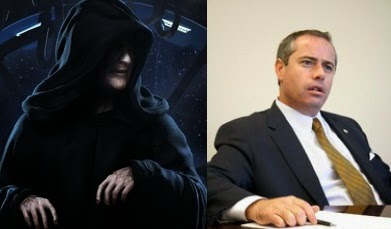 Actually, I liked this one so much, I did two of ‘em. 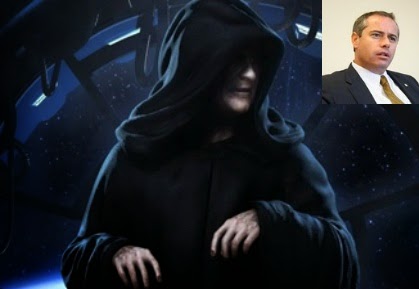 Course this saga needs a hero. And who does Burchett call to crunch numbers? Well, none other than the Casual One, Chris Caldwell. Give that man a lightsaber, folks!

‘Course you can’t have Star Wars without Princess Leia. And, yes, I’m trying to score points. 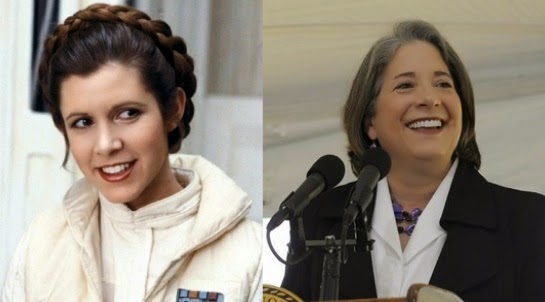 And since, we’ve got Leia, we’ve got to have Leia’s mom. Here’ss Jennifer Linginfelter as Padme (which, now that I think about it, means she’s Rogero’s mom. I probably should have thought this through a little better.) 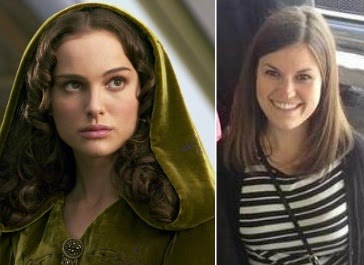 Anyhoo, moving along.  Knox County Commissioner Mike Hammond might not be 900 years old, but I betcha he’s got a few Jedi mind tricks up his sleeve. 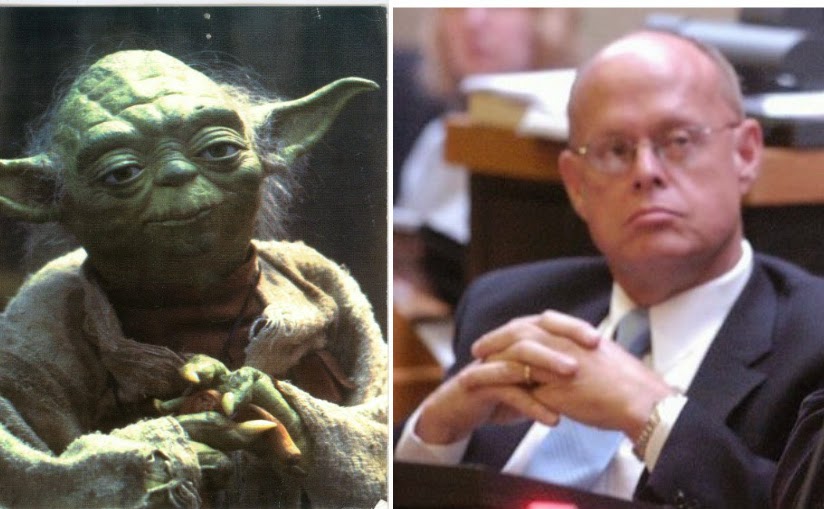 Now, I’d be remiss if I didn’t include Lando in this little shindig. Cause he’s got the ‘stache! 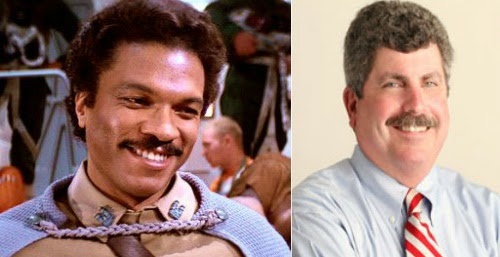 How about another one?

And, if you got a ‘stache, then you have to include a beard. Obi-Wan Kenobi fits that bill. 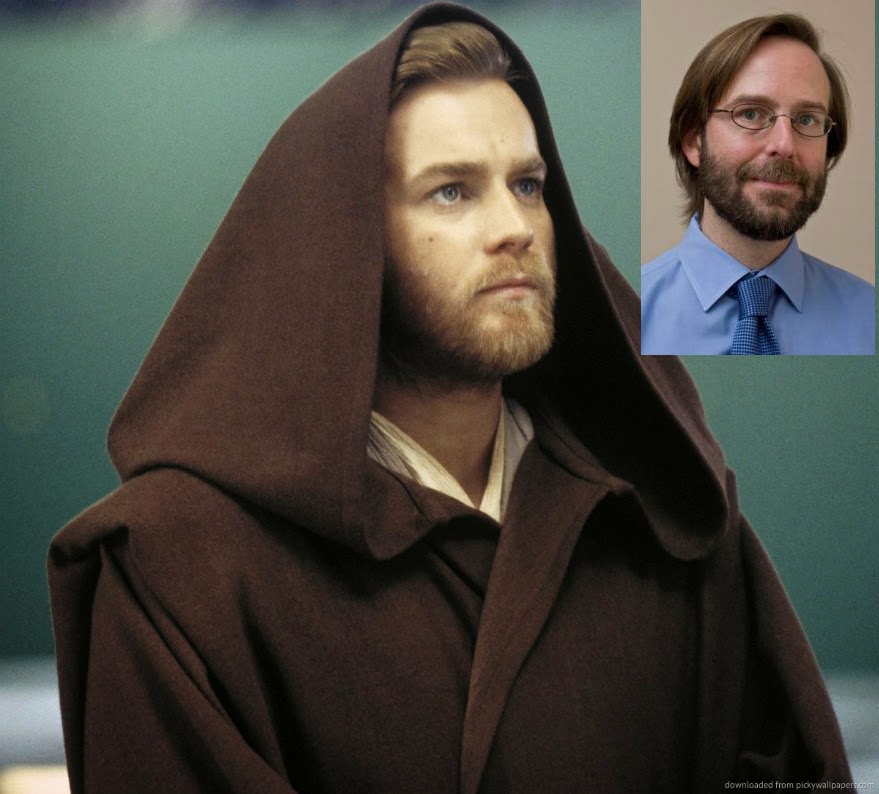 Now in Star Wars, Han Solo had a penchant for calling C3-PO the “professor.” Not sure it’s apropos to Superintendent Jim McIntyre since he’s had about a week’s worth of classroom experience, but, hey, Superintendent C-3PO has a nice ring to it. 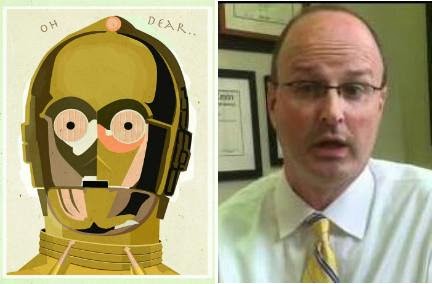 Anyhoo, the tall golden robot, er, android, can’t go anywhere without his counterpart, the good R2-D2. So, without further ado: 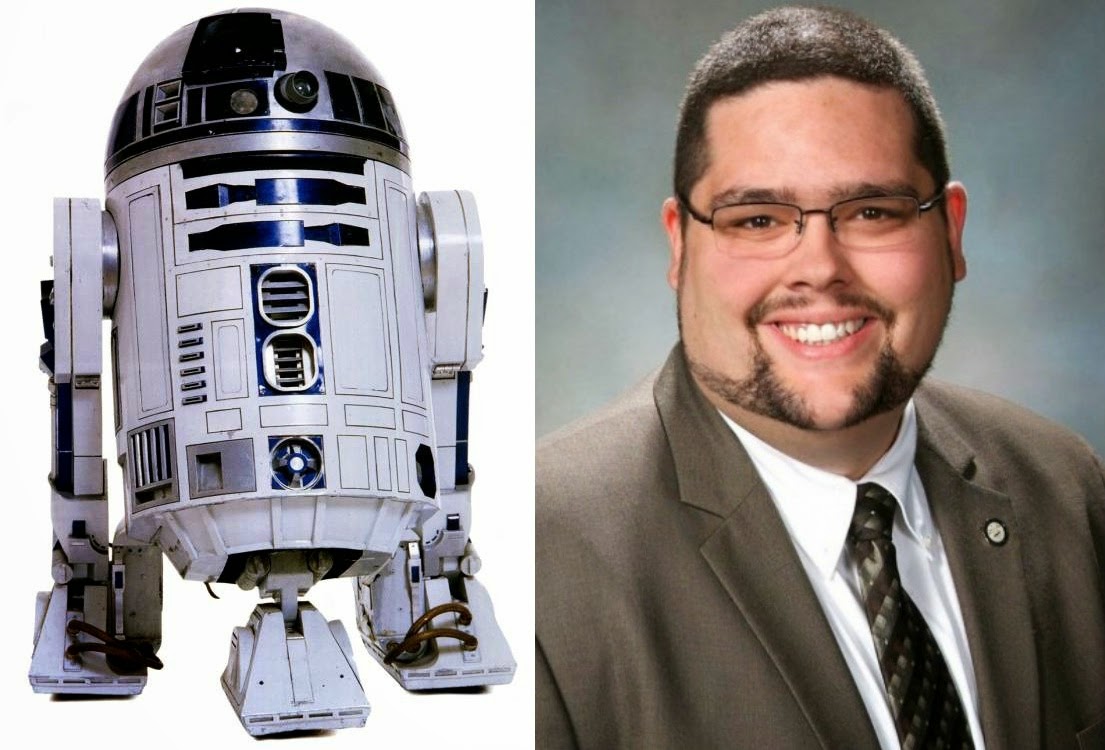 OK, OK, that’s not very fair. Michael Grider doesn’t really hang much with McIntyre. He’s more of a Burchett guy. ‘Cause, you know, he does work for him. And since Burchett is actually Chewbacca, that would mean that mini-Burchett would be more like Wicket, the scout warrior, Ewok.
Heh. 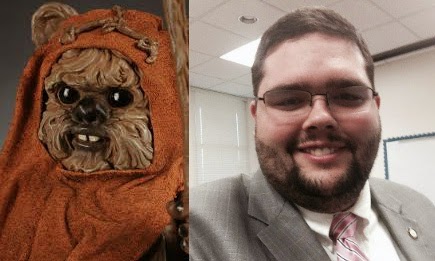 Finally, we get to the Sandman, lurking around raising cane. Heh. 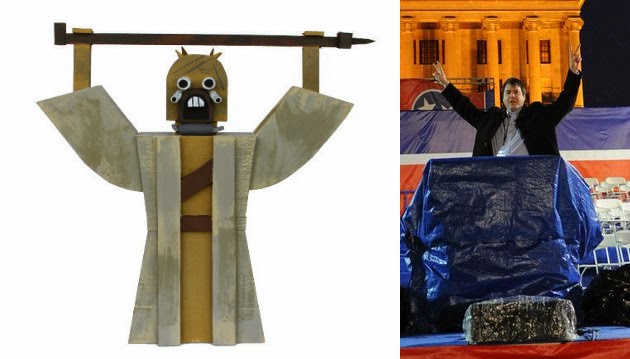 I’m out. And May the Fourth be with you (I can’t believe I actually said that.)
Posted by Mike Donila at 7:48 AM