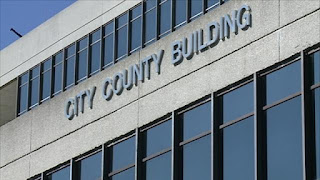 Knox County officials have put together a shopping list for how they would like to spend what is expected to be at least $2.9 million in surplus revenues and savings, with much of the money dedicated to employee salary adjustments, the Sheriff’s Office, a partnership with Blount County and the possible relocation of two county clerk satellite offices.

The county’s finance department is expected to officially close the accounting books on FY 2014, which ended June 30, later this month. Officials said they could get roughly $4 million to $4.5 million in unexpected revenues tied to an uptick in sales taxes collections and departmental savings.

Of that amount, the administration has already designated almost $3 million for a number of items that various department heads requested, said county Finance Director Chris Caldwell. Any additional savings will go to the county’s reserve fund.

Here’s a snapshot of how officials would like to use some of this year’s savings: The Knox County Commission will discuss the designations during Monday's meeting, and decide whether to approve the expenditures.
Posted by Mike Donila at 2:46 PM