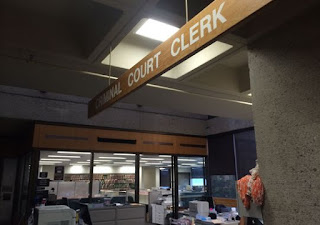 The second part of our 3-day series:

Mindful of the defendants in the Knox County General Sessions Court system who have accrued years of costs and fees they cannot possibly pay, Knox County Criminal Court Clerk Mike Hammond is preparing a plan.

He said he wants to identify the people who have no hope of paying what they owe, such as the handful of homeless, indigent defendants 10News reported Monday in its investigative series "Fines, Fees and a Flawed System. " The men collectively owe more than $750,000.

Hammond also wants to single out those who have simply fallen behind or neglected what they owe and really can pay at least something. And the clerk wants to offer possible ways a defendant could work off his bill, perhaps some kind of community service.

It's all still in the "idea" stage, said Hammond, a former county commissioner who took office in September, and he first needs to come up with a detailed, specific proposal to present to Knox County General Sessions Court judges.

Knox County defendants owe millions of dollars of unpaid court costs and fees, figures show. It's not unusual for one person to owe $10,000, $20,000 or $30,000. Many defendants who are charged with a crime are already poor and rely on a court-appointed attorney for representation.

The five men profiled by 10News on Monday owe more, judges, clerks and lawyers concede, than they could ever pay. One defendant, Anthony Joe Mason, died in April, and last week a General Sessions Court judge abated his costs in a case.

"We'll go to the judges and say, We're not going to collect this. Our recommendation to you is that we forgive this debt. Let's not have it on our books. It's kinda like a bad debt in business," Hammond said.

He's also is in the process of looking for a new collection agency that can help with collections and hopes to have that firm in place in November.

All told there's about $159 million on the books waiting to be collected in those courts, the vast amount in General Sessions and Criminal courts.

Hammond said he would be happy if he could bring in a fraction of that - $15 million or $20 million.

Rest of story RIGHT HERE.
Posted by Mike Donila at 6:37 AM