State lawmakers looking to take ‘surprise' out of medical bills 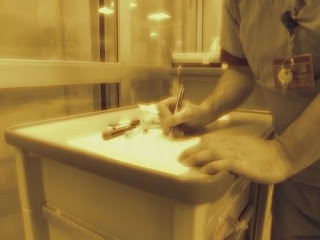 If you have received a surprise medical bill please send an e-mail to 10Listens@wbir.com with details.

State lawmakers are looking to curb what’s called “balance billing,” a practice that happens when a patient goes to a hospital covered by insurance but later learns the physician who treated him or her is out-of-network.

The unsuspecting patient is then on the hook for the costs that the insurance company refuses to pay. That portion of the bill, dubbed the “balance,” often amounts to thousands of dollars.

But lawmakers – who are hearing more and more from their constituents – are fed up with the practice.

“At the very least, people should have notice when their health insurance does not cover the cost and when that is the case, they should be able to get some idea of how much out-of-pock cost they will have to cover,” State Sen. John Stevens, R-Huntingdon, told WBIR 10News. “People should be able to budget. Under the current system, that is impossible.”

“In a perfect world, I would like everyone to know exactly what their bill will be,” Travis said. “I don’t want to be surprised because someone wasn’t in my network. I shouldn’t be out another $10,000 to $20,000 because somebody I didn’t check wasn’t in my network. I think if you’re not in the network, you shouldn’t get paid any more than those in it.”

Travis and Stevens sponsored a move earlier this year to create a task force that will look at what they call “surprise billing” and come up with solutions for the General Assembly to approve.

The 18-member task force is expected to begin work in August. Members have yet to be appointed but it will be comprised of two state senators; two state representatives; a member of the Tennessee Department of Commerce and Insurance; an official from the state’s Department of Health; six healthcare providers and six representatives from the insurance industry.