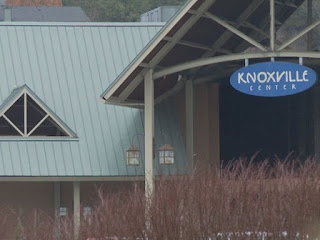 The Knoxville Center mall has new owners who say they want to work with the community to figure out the future of one of East Knox County’s long-time landmarks and work to create a “thriving retail and residential hub” for the area.

Knoxville Partners, LLC announced on Friday that it purchased the 964,000-square-foot mall at 3001 Knoxville Center Drive off Interstate 640.

The announcement, made through a press release, said the partnership is between “two companies with extensive portfolios in the real estate construction and redevelopment in commercial, residential and mixed-use markets.

Sources have told WBIR 10news that Knoxville-based Henry & Wallace, which manages development projects, is one of the companies.

The news release did not say how much the partnership paid for the mall. The paperwork as of Monday morning had not been filed with the Knox County Register of Deeds Office.

The mall, which sits on almost 50 acres, was appraised at $31 million last year, according to the Knox County Property Assessor’s Office.

“Knoxville Partners, LLC has a long-term commitment to renovate and redevelop the existing mall and surrounding land,” company officials said in a statement. “With a commitment to recruiting new businesses, tenants, and entertainment pieces, their end goal will be to reinvigorate Knoxville Center into a thriving retail and residential hub for this community.”

The mall opened in 1984 as East Towne Mall and was owned, managed and operated by Simon Properties.

Simon, however, turned it over to WP Glimcher in 2014, but continued to manage it.

The new investors have long been interested in revitalizing the property and approached Simon four years ago, according to the news release. The investors then began negotiations with WP Glimcher in 2015 after the company announced its intentions to sell the mall.

Rebecca Everhart, who is with Henry & Wallace, told WBIR on Monday that the partnership would release more information at a later date.

“We’re trying to get our feet under us,” she said. “We want feedback from the community. Like any development it will take a while to turn around but they are committed.”

The company, in its news release, said officials plan to meet with current and potential tenants, community groups, surrounding property owners and political leaders to further discuss the property’s future.

Knox County Mayor Tim Burchett on Monday said he set up a meeting with those involved.

“I think it’s been underutilized and I look forward to seeing some more business growth in East Knoxville,” he said.

Della Volpe said he hopes the new owners come in with some fresh ideas to turn the mall around.
"If the new owners listen what's being sought," he said, "I think they're going to succeed wildly."

Ronnie Collins, president of the Alice Bell/Spring Hill neighborhood association, said he remembers the mall thriving and packed with crowds more than 25 years ago, but he has seen a decline in the last seven or eight years.

Collins said he will be a part of a small meeting with the new owners to discuss ideas, which he believes is a step in right direction.

"These people are reaching out from the first day," he said. "That makes me feel real good and real positive about the way things are going to happen around here."

The partnership said ideas and comment can be sent to info@knoxvillepartners.com.
Posted by Mike Donila at 9:16 AM