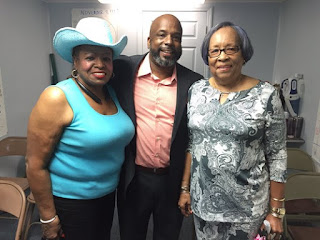 Unless you've been hiding under a rock, you should know that Armstrong was recently found guilty of filing a false tax return, which is a felony, which means he's no longer in contention for the seat he's held for 28 years.

Staples will take on independent Pete Drew in the November general election.
Posted by Mike Donila at 9:01 AM