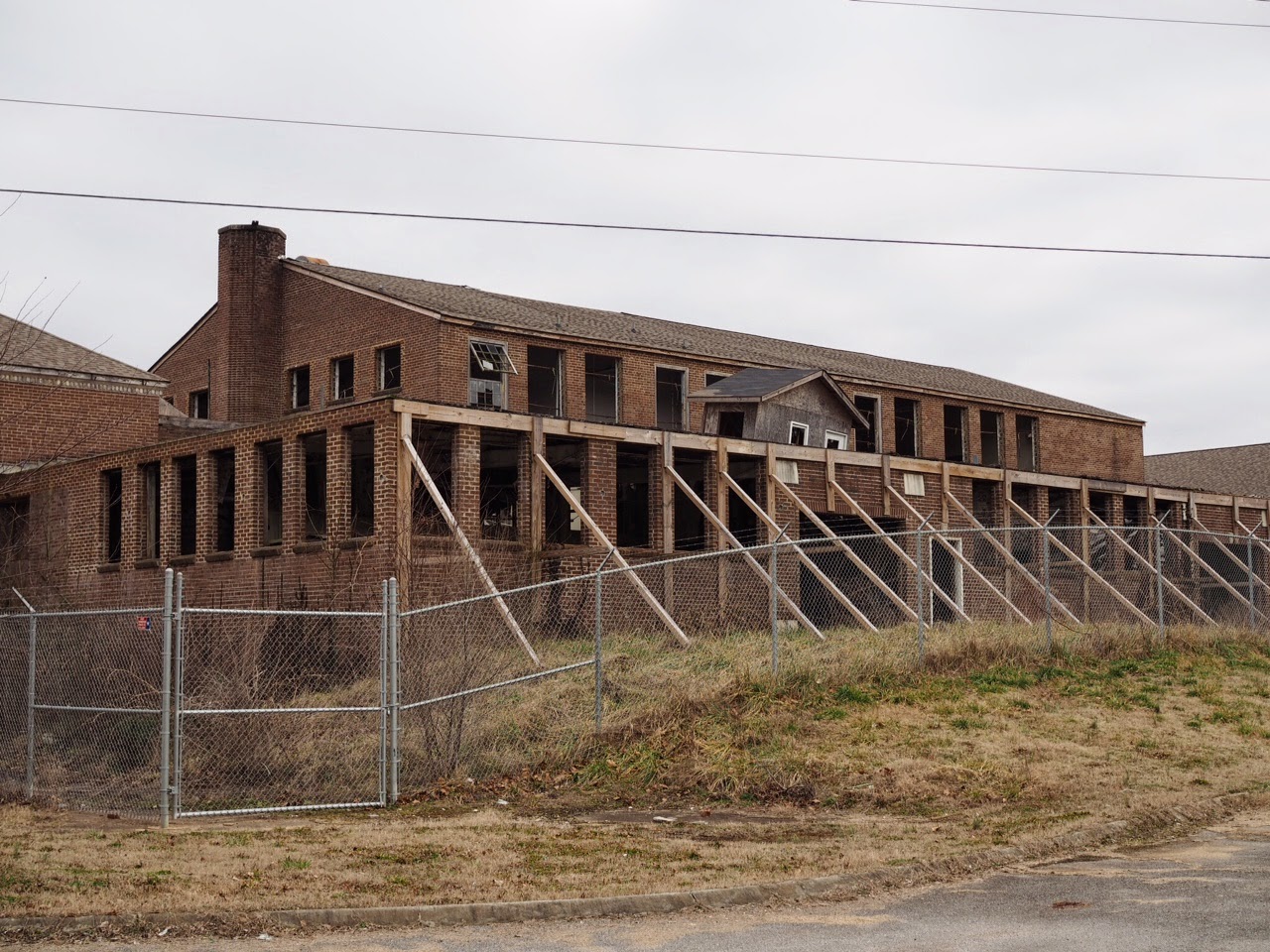 The Knoxville City Council Tuesday night voted to acquire the long-dilapidated Old South High School and authorized officials to offer the owner $189,000 for it.

If the landlord, Bahman Kasraei, refuses, the city will move to condemn the property, which is located on the corner of Moody Avenue and Tipton Street.

City leaders last summer initially took steps toward restoring the almost 80-year-old building to its former glory by determining it a blight. That meant the council could take the necessary steps to acquire it.

Since then, it got two appraisals, and by law has to go with the higher number, which was $189,000, when making an offer.

Kasraei, however, will get only $134,000, since he owes $55,000 in back taxes and repair work the city performed on the property, city spokesman Jesse Mayshark said.

The city, once it’s in possession of the historic building, will seek proposals from developers to renovate the property and determine its best use.
Posted by Mike Donila at 8:02 AM