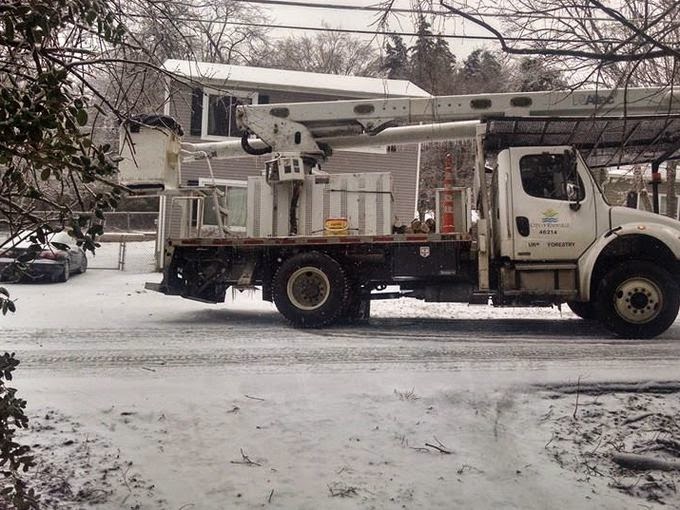 As the snow continues to pile along area roads, so, too, are the bills for local government.

The majority of the money is tied to the salt placed in the brine to make the roads more navigable during the snow and ice storms. The rest is mostly for overtime to pay the city and county road crews.

County spokesman Michael Grider said salt costs $115 per ton, and so far the county has put down 3,000 tons. The county also has spent another $60,000 in overtime.

At this point, there are no additional county costs, Grider said, but officials will have to repair some equipment, including snow plows and the spreaders used for the brine.

Knoxville at this point is on the hook for about $305,500 in weather-related costs as of Sunday night, said city spokesman Eric Vreeland, adding that during the past 10 days through Sunday crews put down 1,800 tons of brine.

About $250,000 of the city’s costs so far are for salt; another $54,000 for public service employee overtime; and $5,500 for the overtime, labor and some equipment costs in the city’s fleet services department.

City crews Monday night and early Tuesday morning placed another 500 tons of brine on the roads, but those costs have not been factored into the bottom line.

City leaders should have the final numbers in the coming days.

City and county officials both said the storms so far have not affected their overall spending plans for the current fiscal year, since the budgets do factor in some storm costs. Both governments said they’re nowhere close to tapping reserve funds.
Posted by Mike Donila at 12:29 PM