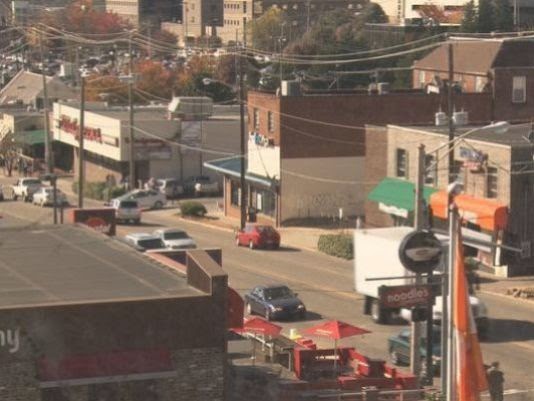 Work on the long-delayed project to overhaul the Cumberland Avenue Strip near the University of Tennessee is expected to finally start in early June now that the city has a contractor that it can afford to pay.

After failing to find a developer during the previous two bidding attempts, Knoxville officials on Tuesday received proposals from two construction teams just minutes before the 11 a.m. deadline.

The city now plans to move ahead with the company that came in at the lowest cost.

"First and foremost we are very excited to see this project come forward. It has been a long time coming," said Anne Wallace, a project manager in the city's Office of Redevelopment. "Merchants and folks who own business in the area have literally been envisioning changes to Cumberland for more than thirty years."

As it stands, Southern Constructors is the "apparent" winner, city officials said, submitting a proposed bid of roughly $16.87 million – about $400,000 lower than the proposal made by Blaylock & Sons.

The city's engineering department will still have to review the documents to ensure that everything is in order. Officials will then iron out a contract, which they expect to bring before the City County and the Tennessee Department of Transportation by the end of the month for approval.

If everything works out, construction crews should be turning dirt on the project's first phase by early June and wrapping it up by the end of the year.

The second and final phase will start soon after should finish up by August 2017.
Posted by Mike Donila at 12:27 PM