So what's the deal with ex-Trustee Lowe's 'pension'; lips are sealed 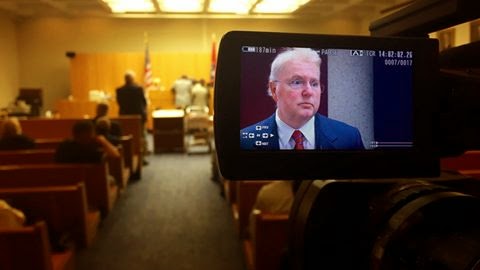 Well, first there’s no guarantee he has a pension, but he did have a county retirement account. At one time.

County officials prior to the early 1990s had pensions. The county then set up an “asset accumulation” retirement plan, which acts like a 401(k), and invited employees to join it. Most did. Hey, the 90s where booming and there was a ton of coin to be made.

From what I understand, Lowe was enrolled in the asset accumulation plan – or at least he got under it – before he left the county.

From what I’ve gathered, he also withdrew that money, but I’m not positive.

Will we ever know?

I submitted a request to the pension board, which in turn was handed over to the board’s attorneys.

They told me to go play in traffic. Albeit, politely.

They said the pension board is unable to provide me with access to Lowe’s file or respond to my questions. The attorneys then cited Tennessee Code Annotated Section 10-7-504(f)(1) and said the information is confidential.

That TCA code notes the following as confidential:

Bank account and individual health savings account, retirement account, and pension account information, provided that nothing shall limit access to financial records of a governmental employer that show the amounts and sources of contributions to such accounts or the amount of pension or retirement benefits provided to the employee or former employee by the governmental employer.

Whatever. The board still could have said whether he keeps it or not. Answering that question is not confidential.
Posted by Mike Donila at 11:31 AM