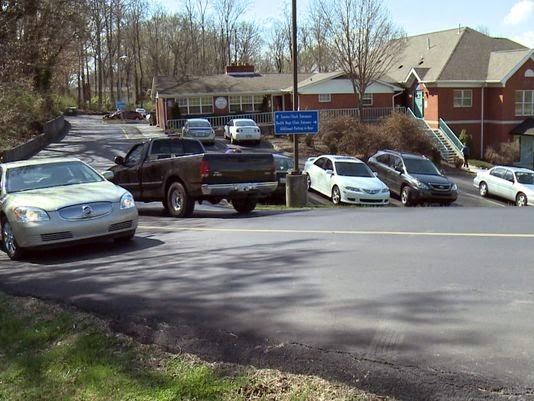 In a November 2013 interview, Knox County Clerk Foster Arnett Jr. spoke proudly about his move to do away with his office's monthly gas allowance program. Eliminating it saved the county more than $50,000 since he initially took office years prior.

At the time, Arnett told 10News the allowances were nothing more than "free money" for some officials who took the blanket payment but did not actually drive anywhere. Arnett and his employees started using the same template as the federal government's reimbursement system – currently 57.5 cents per mile – to cover gas.

Things have since changed. Specifically, the changes include Arnett's health, his driving habits, and his desire for a monthly up-front allowance payment for gas.

Records show late last week, Arnett received approval from the county Mayor's Office to reinstate his gas allowance. That will amount to some $700 per month and $8,400 a year. That's the equivalent of driving 1,200 miles a month under the federal reimbursement template.

Arnett said he is now routinely hitting the road as he operates out of five satellite offices scattered across the county. That's because he says the main clerk's office in the Old Courthouse building in Downtown Knoxville is infected with black mold that threatens his health and survival.

These travel allowances have always been controversial. The long-standing argument is that if government is going to pay for your gas, then why not fill out the slip? The answer? Convenience.

I don't necessarily fault Foster for taking the check because it is a pain to fill out those forms, but I'm also not convinced that he'll travel 1,200 miles a month, either. I do, however, believe that if he re-locates back to the Old Courthouse, he will cut the payment again and go back to the reimbursement system. It's safe to say the guy doesn't want to be sick and actually wants to work out of the downtown building.

In the meantime, the city has 21 employees, mostly department heads, get more than $5,800 annually to cover gas. You can see the full list RIGHT SMACK HERE. From what I understand, the policy was put in place under former Mayor Victor Ashe, who wanted to give pay raises to some of his buds but not necessarily have them on the books. (If you ask to see someone's salary, the gas allowance doesn't show up.)

When Bill Haslam took over, he passed it along to all the department heads, much like the private sector. From what I understand, it's now essentially considered a recruiting tool, although I suspect all the people who have the jobs they have would have taken those jobs without the bonus.

There are 18 county officials who have allowances although 11 of them are county commissioners. You can find that list RIGHT SMACK HERE.
Posted by Mike Donila at 8:09 AM