Alcohol on tap for non-UT events? Officials to discuss the issue 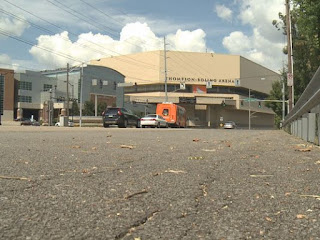 State lawmakers are expected to push the University of Tennessee into tapping what many believe could be new revenue – by serving beer and wine at big concerts and other non-school related events.

Officials say the university’s ongoing stance against selling alcohol at Neyland Stadium and Thompson-Boling Arena is hurting the school’s bottom line, and that early estimates suggest UT is missing out on at least $500,000 a year in sales.

He said top school officials have “talked a lot about the business model at UT being broken,” which means they “can’t continue to implement steep tuition increases.”

Daniel said he’ll ask school officials to “look at all sources of revenue,” including “efficient use of their facilities.”

“Selling beer and wine at non-university events is just part of maximizing the revenue and lightening the load on Tennessee taxpayers,” he said. “We hope the university would take the action on their own. It’s part of the overall picture whether the university is maximizing their facilities.”

School leaders, however, said they should reach a decision before then.

Cheek said officials began talking about the matter during a retreat last winter, but said the decision ultimately will be up to the university’s Board of Trustees.

Full story RIGHT HERE.
Posted by Mike Donila at 7:27 AM