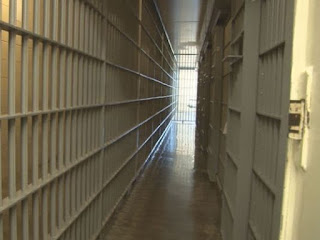 As the Knox County jail population reaches “an all-time high," jailers are left double-bunking inmates, and top officials are again pushing for a public safety center designed to house and treat the mentally ill who are arrested for nonviolent crimes.

The move, according to Knox County Sheriff Jimmy “J.J.”Jones, would ease overcrowding at the Roger D. Wilson Detention Facility on Maloneyville Road, and stave off potential lawsuits.
But, he suggested, there’s another option that would work as well: Build a multi-million dollar jail pod.

“As the population grows, we run the risk of extensive and expensive litigation regarding jail conditions,” the sheriff wrote in a Dept. 15 letter to Knox County Commissioner Chairman Dave Wright. “We currently are so close to our rated capacity that our inmate objective classification systems is being compromised. Any classification failure could also expose the county to failure to protect litigation from the injured inmate.”