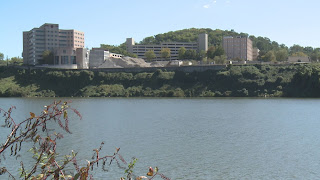 Regal Entertainment's much anticipated move from Halls to South Knoxville was approved Tuesday by its new landlord. It's a vote that's being called "a huge step" by board members.

The move from Halls to the South Knoxville waterfront was first announced in October.

In a special meeting Tuesday night, the board of directors of the Industrial Development Board, which in the deal will serve as Regal's landlord, approved a resolution that allows the board to begin their oversight duties.

"The resolution tonight gave the IDB directors authority to go ahead and act as the landlord and enter into this lease agreement with Regal Cinemas," said Christi Branscom, chief operations officer and deputy to the Knoxville mayor.

Todd Napier, board member and president of the Development Corporation of Knox County, said the deal would've had trouble moving forward without the board's approval.

“Without the IDB board's approval there’s not the mechanism for all of these things to happen. For the receiving of funds from the city and the state," said Napier.

The affirmative vote secures the nearly $8 million Regal will receive in state and city incentives.

"It was a big step. There are still some negotiations going on and some detailed components of that," said Napier.

Rest of story RIGHT HERE.
Posted by Mike Donila at 8:29 AM