A look at KCS personnel dismissals 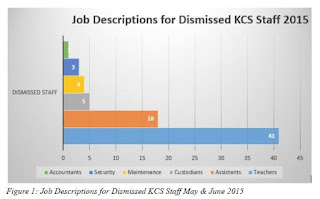 In June of 2015, parents and community members protested the dismissal of effective teachers in Knox County Schools who were dismissed by a practice called, “non-renew.”

After a months-long effort, a number of folks, including incoming school board member Jennifer Owen, have completed a review and analysis of the personnel files of 72 KCS employees who were dismissed in May and June 2015.

Only five of 41 non-renewed teachers had any indication of possible performance issues. Among the 41 were six teachers on whom the district spent over $40,000 on signing bonuses in 2014-15.

Only one of the six had performance issues.

May is the time of year when teachers and other staff are told they will be non-renewed.

You can find the 11-page report HERE.

A few notes from the report: 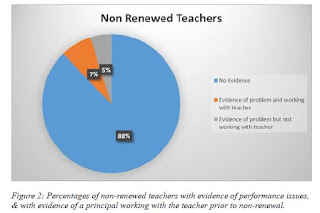 Personnel files of classified staff show inconsistencies throughout, though they were much more likely to contain information regarding reasons for dismissal. Some dismissals seemed warranted and others had no evidence of performance problems.

The “Termination” dismissal category is used inconsistently, as is the “Not Recommended for Continued Employment” category. The latter seems to be used in some cases where problems indicate prompt termination would be more appropriate. The use of “Administrative Leave” is another area of inconsistency, but is not addressed in Board policy. 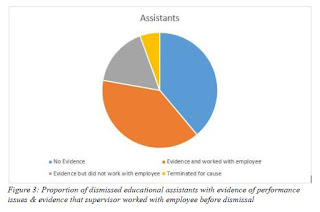 The Board of Education is badly in need of a capacity for audit and review of personnel and other practices in the schools that is independent of the superintendent.

Again, check it out for yourself. It's certainly worth a look and I suspect the BOE will have a discussion about it. Maybe not now, but possibly when new members, including Owen, take office in early September.
Posted by Mike Donila at 7:10 AM