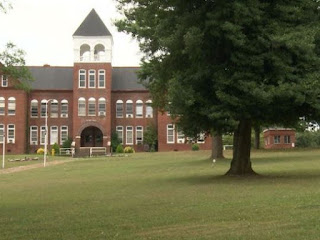 The historic but troubled Knoxville College campus is looking at a new hurdle.

Already struggling to get back on its feet, school leaders are now facing an emergency repair order to rehab the entire campus.

They’ll meet today with city officials where they are expected to ask for an extension and present a plan to repair the property.

If the city doesn’t accept it, the school will have 30 days to vacate all of its buildings.

The hearing is set for 3:30 today in the Small Assembly Room of the City County Building. David Brace, the city’s public works department director, will preside over it.

The repair order comes after a series of fires set on the campus in mid-April, said Robert Moyers, manager for the city’s neighborhood codes enforcement division. The fire department asked the city’s codes department to inspect the area.

On April 20, the city issued the repair order.

“The buildings are in pretty bad shape,” Moyers said.

The city had previously issued repair orders on three buildings - McKee Hall, Brandon Hall and a nearby cottage for the faculty – according to Moyers. In addition, the city had demolished a couple buildings on the back portion of the campus.

Today’s hearing will address the remaining 17 buildings on the campus.

“The emergency order is what most people think of when you say ‘condemned,’ Moyers said. “They’re not fit for human habitation. We think they’re in pretty dangerous conditions."

Moyers said that declaring the properties “unfit” can actually help buy the school more time to save the buildings.

“We want to save these buildings if we can,” he added.

The historic black college has faced a series of setbacks, including the loss of its accreditation in 1997.

Last year, the 140-year-old school suspended classes indefinitely. At the time, the college had only 11 students enrolled.

In 2014, federal environmental officials intervened to clear out what they deemed hazardous chemicals that were left in an unused science building.

Earlier this month, Knox Heritage placed six of the campus’s buildings on its 2016 “Fragile 15” list of endangered historic places.

“The situation at Knoxville College continues to dramatically deteriorate with several building either condemned or suffering from a lack of maintenance,” Knox Heritage noted on its website. “Recent arson fires on campus have heightened the critical need for immediate intervention.”