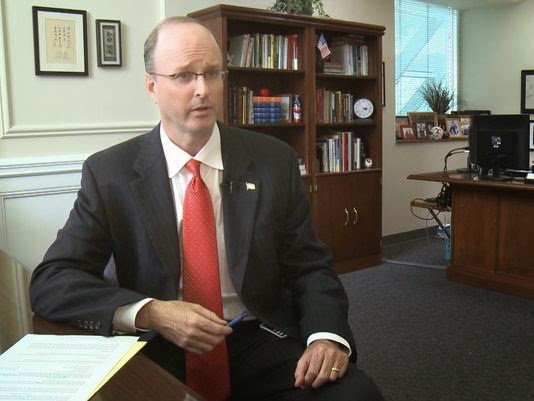 Knox County taxpayers are footing the bill for a Knox County Schools hire the county attorney says was conducted improperly.

Documents WBIR obtained show superintendent Jim McIntyre signed the grant agreement allowing for this hire, when County Law Director Richard "Bud" Armstrong believes McIntyre has no authority to do so.

The grant agreement is between Knox County Schools and the Broad Center for the Management of School Systems, which runs the Broad Academy.

That, essentially, is a training program for people with executive leadership experience aspiring to become school district superintendents and other leaders within large education systems.

McIntyre himself was a participant in the Broad Academy, and now, some KCS Board of Education members say, he has created a pipeline for other Broad fellows to come take high-paying jobs with the district.

In September of last year, McIntyre signed a grant agreement with the Broad Center for the Management of School Systems. In it, the Broad Center agreed to give Knox County Schools a grant totaling up to $29,700, to be put toward the Broad fellow's -- or Broad resident's -- salary.

In exchange, the district would foot the rest of the fellow's salary, plus pay benefits on top of that.

The baseline salary for a Broad fellow, according to the Broad Academy in its grant agreement with KCS, is $90,000. The Broad grant would pay for up to $29,700 of that.

The Knox County Finance Department, Armstrong said, generally uses a figure of 30 percent of an employee's salary to calculate the additional expense for benefits and taxes.

"Is it the best way for us to spend limited funds?" Rountree said to WBIR in a phone interview Saturday afternoon. "We need to be making wise decisions with what little funds we have."

Armstrong, however, believes the contract is unenforceable, since he says McIntyre has no authority to accept a grant, especially one that requires matching funds.

In a memo to board members this week, Armstrong said, "The superintendent, under statute, is given no authority to unilaterally accept grants and to sign grant contracts. Further, the statute requires a resolution by the BOE and notification to the County Commission."

But McIntyre says he was acting in accordance with Knox County Board of Education policy and that the document he signed is "a grant agreement, not a procurement contract."

In an email to WBIR, he wrote, "Through written School Board Policy, the Board of Education has delegated the acceptance of grants, in some circumstances, to the Superintendent. In accepting this grant, I acted in good faith and in accordance with my understanding of School Board policy."

You can read the rest of the story RIGHT HERE.
Posted by Mike Donila at 7:19 AM