Work on 'The Strip' starts Monday

The two-year City of Knoxville project to reconstruct the Cumberland Avenue Corridor starts Monday with utility work in the westbound lanes of Cumberland Avenue and portions of side streets between West Volunteer Boulevard and 22nd Street. 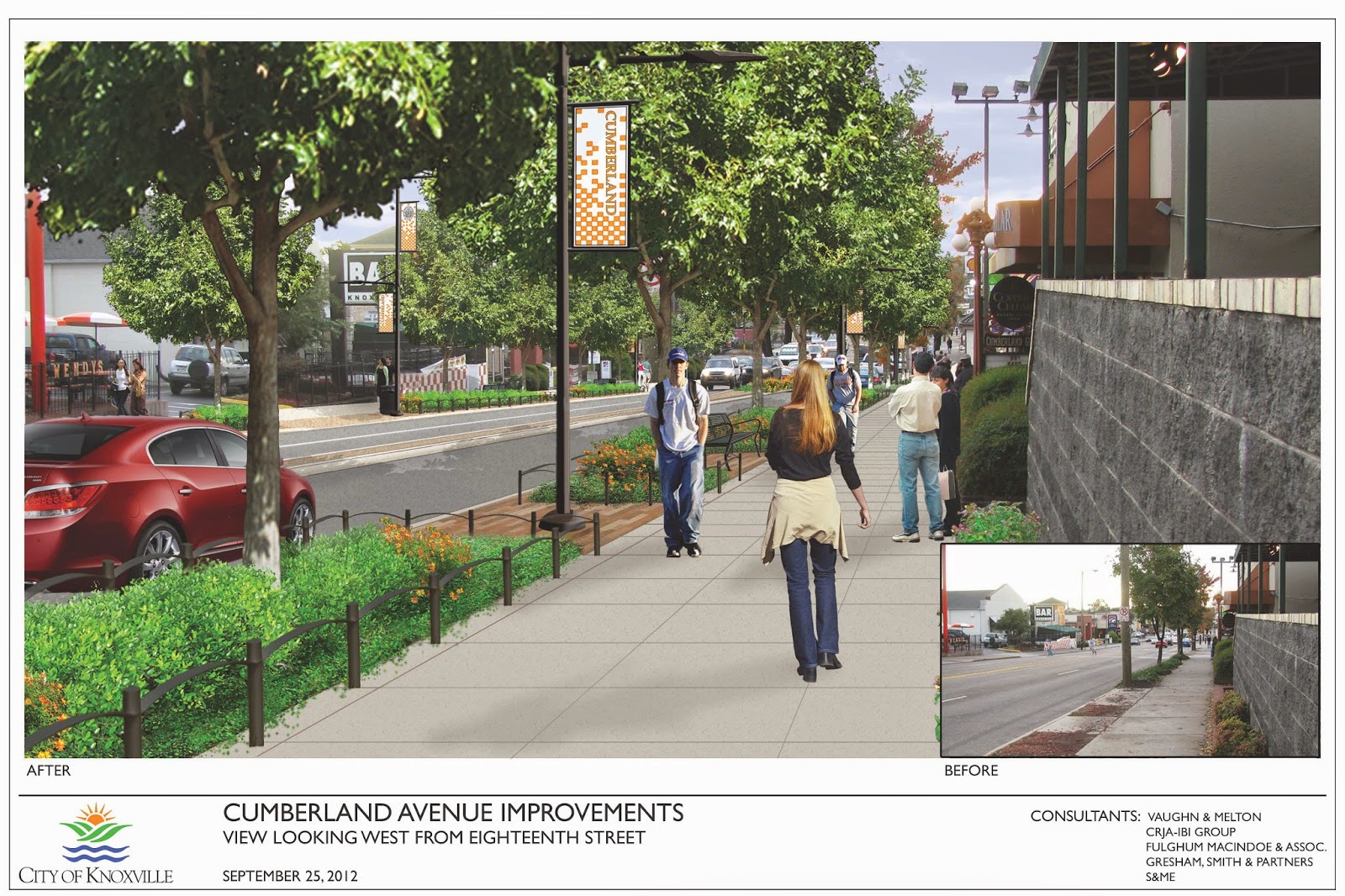 One lane of traffic will be maintained in each direction, shifted into the existing eastbound lanes.

The Cumberland Avenue Corridor Project is a City of Knoxville initiative to redesign Cumberland Avenue from Alcoa Highway east to 17th street, changing the existing four-lane street to a three-lane cross section with a raised median and left-turn lanes at intersections. Sidewalks will be widened and landscaped, and utilities will be buried, to create a more attractive, pedestrian-friendly corridor.

A new website - RIGHT SMACK HERE - will keep the community up to date on the project. The site also includes an app that will send push alerts.

In addition, the city's Office of Redevelopment has set up a website - RIGHT SMACK HERE.

Construction will proceed in two phases, with Phase I (from Alcoa Highway to 22nd Street) to be completed by the end of 2015, and Phase II (from 22nd Street to just east of 17th Street) scheduled for completion in August 2017.

The Knoxville City Council on March 31 authorized the execution of contracts for the construction and construction engineering inspection work on Cumberland Avenue totaling about $18 million.

Most of the project is federally funded, with City funding totaling about $3.6 million for construction. The pledge to complete the infrastructure improvements have helped leverage major redevelopment – $200 million in private investments – along the Cumberland Avenue Corridor.
Posted by Mike Donila at 9:30 AM