Education: Looking back at 2016 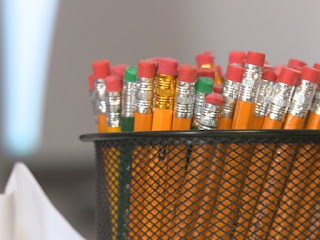 2016 held some major stories in education, from an upset in the statewide standardized test, to a change in leadership for Knox County Schools.

They year began with a surprise announcement: that Knox County Schools superintendent Jim McIntyre would be stepping down.

"I would love to continue to do the job that I love doing," McIntyre said at a media conference. "However, the current political environment has become increasingly dysfunctional, at times overtly antagonistic and seemingly untenable."

The search immediately began for his interim replacement, and the Board of Education tapped Buzz Thomas, president of the non-profit Great Schools Partnership.

"They want to create the best school system in the South," Thomas said of board member, in an interview with WBIR 10News.

He took over in June, and board members are in the process of finding a permanent superintendent.
School board elections in September brought three new faces to the table, leading to a shift toward a more public approach to input on teacher evaluations and student testing, plus the creation of a Teacher Advisory Committee.

In February, the state's much-hailed online standardized testing platform failed, and the backup pencil-and-paper form the of test wasn't delivered in time.

"Ultimately, you have to make a call about whether this is going to be a good experience for students or not," state education commissioner Candice McQueen told a reporter at the time.

In April, Tennessee canceled its contract with the testing company Measurement, Inc. and began an emergency search process for a new company.

It named Minnesota-based Questar Assessment to take over the state's TNReady test for the current school year.

"Questar's been around for about 40 years, and we literally have hundreds of successful assessments under our belt," Questar VP of State Solutions Marty Mineck told 10News.

Throughout the year, Knox County district leaders have been fostering conversations about cultural competency and racial disparities in both discipline and academic outcomes - and how to make improvements.

As awareness of bullying, hazing and cyber-bullying continues to grow, many East Tennessee schools are working to combat that. Roane County Schools has programs in the majority of its buildings, to teach kids about kindness and the harmful impact of bullying.

Throughout 2016, we saw the hearts and love of teachers, students, parents and administrators shine through, from the Beaumont Magnet Academy community pulling together to win a $100,000 grant for a new arts-inspired playground, to a Blount County schoolteacher who fostered and then adopted three former students.

All around, those involved in education in East Tennessee showed the Volunteer spirit in the classroom and community - and ready to be carried into 2017.
Posted by Mike Donila at 8:52 AM