Safety center could open in 2017 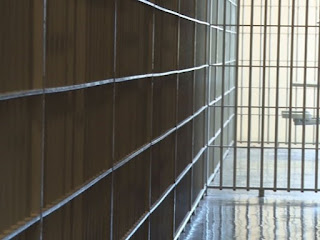 State and local leaders say a Knox County safety center for the mentally ill will be up and running in 2017.

Just who pays for it remains to be seen, but officials are expecting the state to kick in a major chunk of change.

Tennessee lawmakers told WBIR 10News this week that they are counting on Gov. Bill Haslam to include money in his upcoming budget for the much-discussed facility but – if not – then officials will introduce new legislation to add the funds.

“We’re all in an agreement that we need to do something,” said state Rep. Eddie Smith, R-Knoxville. “We’ve seen the opioid epidemic in this part of the state and we’re finding that a lot of patients of opioid addiction also have some sort of mental health (problems)  . . . so we’re trying to change and chart a different course for a lot of different people in our community.”

“We’re going to do it with or without the state,” he said.

The mayor added: “This is an opportunity for when those folks are arrested to divert them from the court room to a mental health professional who can diagnose them, so we don’t tie up the courtroom with needless lawsuits and don’t send mental health patients to our jails and prisons.”

The county has set aside $1.2 million and the city has chipped in $200,000. The state thus far has declined to provide funding, although officials earlier this year privately said they expect the Haslam administration to acquiesce and set aside some money in the coming year.

On Friday, state Rep. Smith told WBIR 10News that the local Legislative delegation has submitted a $4.5 million request to the Governor’s Office to include in the state’s proposed budget, which will be released in early February.

County and state officials want to set up a 3-year pilot program that they estimate will cost $1.5 million a year to operate.

If the governor declines to include the money, Smith said lawmakers have other options.
“Plan B is we file a grant request through the (state) mental health department and we try and force it and get it in the amended budget,” Smith said. “And then we’ll do an appropriations request if those two things don’t happen from (project) money allocated to the General Assembly, so we have a three-pronged approached.”

Earlier this year, the county sought bids from local agencies to develop and manage the proposed safety center. Only Helen Ross McNabb – one of the few mental health and substance abuse treatment operations in the region – submitted a proposal.

The county was looking for an organization with at least 10 years’ experience in community mental health, according to the county’s initial bidding documents that detailed the request. The organization also must be able to provide a building big enough to accommodate a 72-hour jail diversion program and a 72-hour crisis stabilization until.

The county figures that the operation will initially have eight to 10 beds, but will eventually divert “upward of 4,000” patients yearly.
Posted by Mike Donila at 2:30 PM