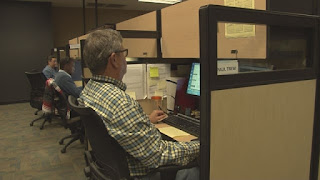 For the past eight months, Tennessee has failed to meet a federal mandate to pay out unemployment insurance claims on time.

And in recent months, the problem has gotten worse.

Now, state leaders are asking the Tennessee Department of Labor and Workforce Development for biweekly reports, and it the issue doesn’t improve then lawmakers could call a special hearing to investigate the matter further.

Labor department officials, however, say the matter should be fixed by mid-January.

“They are confident that Tennessee will be one of the leading states in the nation in improving unemployment benefits, but I know that’s no consolation to those who have been waiting weeks and months and, in some cases, six months,” said state Rep. Eddie Smith, R-Knoxville.

Lawmakers across Tennessee said they’ve fielded calls in recent months from those who have been approved for unemployment insurance but haven’t received any money.

As it stands, a federal mandate requires the state to pay out unemployment insurance within 21 days after approval.

Right now, the state is hovering around 50 percent, which is down from the “mid to low 60s” three months ago, Smith said.

He said that the results were poorer recently because officials – as they were going through the system – found more claims in the backlog.

But, they’ve made a lot of progress in recent days.

“At the rate they’re going and clearing them – it’s happening so quickly – that easily by this time next month the bulk of that backlog should be cleared,” Cannon told WBIR on Wednesday. “It’s a slower process than anyone anticipated but it’s starting to kick into high gear and hopefully we can get everyone paid within the mandated 21 days.”
Posted by Mike Donila at 8:38 AM