Politics: Looking back at 2016 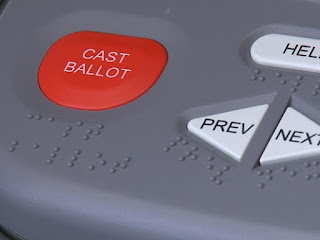 As 2016 comes to a close, 10News is taking a look back at the political scene.

It was definitely a year to remember, with historic elections, campaigns, and new leadership for our country.

The race for the White House started in 2015 with a large field of candidates vying for the Republican and Democratic nominations for president.

The huge crowd gathering at Donald Trump's Knoxville campaign stop in November 2015 was a sign of things to come in the following year.

Donald Trump ultimately won the electoral votes in Tennessee and across the country, allowing him to claim victory against Democrat Hillary Clinton for the presidency. Clinton won the popular vote by more than 2.5 million votes.

2016 marked a year of controversy and close campaigns for several state representatives from East Tennessee.

A heated argument that turned physical played out on News Talk 98.7 last summer between incumbent Republican state Rep. Martin Daniel of District 18 and primary opponent Steven Hall, both of Knoxville.

The incident led to an assault charge for Daniel, who ended up winning the August primary as well as the general election in November.

Daniel still faces prosecution for the assault charge, and he has a March court date in Knox County.

Longtime state Rep. Joe Armstrong, a Knoxville Democrat from the 15th District, was convicted in federal court of filing a false tax return in connection with an alleged fraud conspiracy involving tax stamps for cigarettes.

Soon after his conviction, he filed his retirement from the Legislature, and Knox County Democrats voted Rick Staples in November as his replacement.

Staples said: "We really need economic growth in the 15th District, and it's important to move forward with that right now."

The race for state House District 13 heated up between two-time opponents Gloria Johnson and Eddie Smith.

The last time Republican Eddie Smith and Democrat Gloria Johnson faced off for a Knoxville state House seat, the decision came down to fewer than 200 votes. The election in November was even closer: 154 votes.

Several new faces joined local politics on the Knox County Commission in 2016, and as the search for a Knox County Schools superintendent continues, the makeup of the Knox County Board of Education saw major changes, shifting the balance of power more toward members with direct experience as educators.
Posted by Mike Donila at 11:00 AM