Commissioner Rrrrr. Larry Smith (left) has been somewhat on a roll lately, calling out the county's trustee and his father, the good local Congressman.

Now, he's got his sites set on Register of Deeds Sherry Witt. In fact, the good commissioner sent Sherry a note, taking her to task for accepting some incentive payments, yet wanting to meet with her to discuss the issue.

“The letter is at the bottom of my bird cage,” she told me.

If you haven't been living in a cave lately (or a jerk like someone who would post comments under a stupid name like “YankeeinDixie”), then you know that county Trustee John Duncan III is under fire right now because he paid himself and some staffers a bunch of coin for doing work they didn't really do.

At the same time, Witt and a number of other elected fee officers also accepted such payments, but they actually did do the work.

(Now, to get the payments you have to get designated as a “certified public administrator.” I've written about this; no point rehashing it. To keep your certification, you have to do 16 hours of coursework, or whatever each year. Then you're allowed up to $3,000 in coin.)

Argghh Larry, however, questions whether local officials should take the money, even if they've done the work. 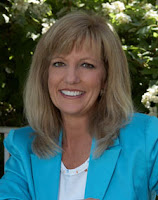 So, he goes around telling people he talked to someone from Hamilton County and says that they receive only $200 in bonuses.

Now, Sherry (right) did some checking on her own.

She called Hamilton and learned that Our Larry never talked to anyone from the Chattanooga area. So, she called out the commissioner during Monday's work session, pretty much insinuating that he was full of crap.

Then, Larry did some checking and realized his mistake. (He had actually talked to Hamblen and they get $200 in bonuses.)

So, he then gets in touch with Hamilton County (for real this time) and the trustee there tells him that he gets $0 in bonuses.

Larry, then calls out Sherry and accuses her of telling half-truths.

He then pens her a note – click right smack here for that bad boy – and says that her “personal attack on my character (was) absolutely uncalled for, discourteous, and beneath your position as an elected official.”

He also says that accepting the incentive payments “is an affront to the taxpayers we serve.”

(I'm not sure if other fee officers who also get the incentive payments got a similar letter. Probably not.)

Sherry, though, isn't having any of this. And she probably won't be meeting any time soon with R. Larry.

“It's all about media attention for him,” she said, noting that the reason the Hamilton County trustee doesn't take the money is because he isn't certified. “I'm sorry he's offended but he should check out the validity of his statements.”

Like I said: good stuff.
Posted by Mike Donila at 2:37 PM

We should all demand fiscal responsibility at all levels of government, fee offices and not. It is the people's money. However, I do hope that we balance our passion for fiscal responsibility with passion for attracting and retaining good talent. This point probably applies more to salaried and hourly civil servants versus elected, but the same principle should hold true for elected officials - if voters vote responsibly.

In many cases, you get what you pay for. As we challenge our city and county leadership to act fiscally responsible, we must be cognizant of the salary and benefits gap between the public and private sectors. If you let the gap grow too much, talented business leaders will always choose the private sector job. At the same time, the public sector jobs offer value that the private sector doesn't - stability, more defined retirement benefits (in some cases), and often times, more reasonable work/life balance. If you let the gap narrow, then you also risk attracting talent that "wants to collect a check." Again, a very thin line, but I'm hesitant to push for the absolute lowest salaries and bonuses in all instances, because I ultimately want smart, visionary leaders that are constantly improving the way our government operates. Remember, be leary of the potential employee or candidate that can't get a job anywhere else. There might be a reason for it.