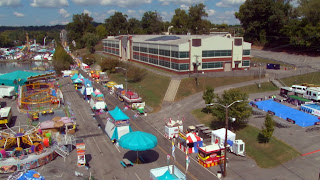 A second Knox County lawsuit has been filed against the city of Knoxville and Mayor Madeline Rogero over their decision to ban guns from the Tennessee Valley Fair in Chilhowee Park.

Liston Matthews and Kimberly Bergeron filed the action Thursday in Knox County Chancery Court.  The lawsuit had been expected.

Matthews and Bergeron argue their rights as permit carriers were impeded and they suffered because the city refused to let carry permit holders bring firearms last fall onto the fairgrounds.

For decades, the fair has operated in September at Chilhowee Park in East Knoxville.

Although it's commonly referred to as a park, the city argues Chilhowee Park is actually an entertainment venue. As a result, a state law that allows permit holders to bring guns onto public park grounds does not apply, the city argues.

Matthews and Bergeron, however, argue they had a right to bring their weapons to the fair because it is a park and they say they suffered because they weren't able to attend while armed.

The Tennessee Firearms Association on Thursday hailed the court action.

According to Rogero, fair organizers had asked that gun-carriers be prohibited from bringing weapons into the fair.
Posted by Mike Donila at 7:56 AM