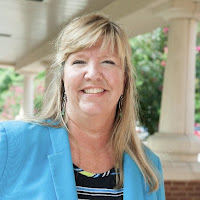 Former state Rep. Gloria Johnson today announced that she plans to run for the 13th District state House seat she held for two years prior to Republican Eddie Smith defeating her in 2014.

In a news release issued today, Johnson, a Democrat, focused, in part, on some 280,000 Tennesseans who don't have health care and roughly 100,000 students who "woke up again as special interests try to cut funding form public education."


Our neighbors deserve a Representative who will wake up every single day, committed with dogged determination to stand up and fight for Tennessee's working families who deserve better. Our children deserve fully funded public education where all kids have an opportunity to succeed, Tennessee's women deserve equal pay for equal work, and our 280,000 uninsured neighbors should not lose everything they have worked hard for just because they get sick.

The state primary is set for early August.

As always, send your political stuff to the ol' Porch for publication consideration.
Posted by Mike Donila at 8:51 AM