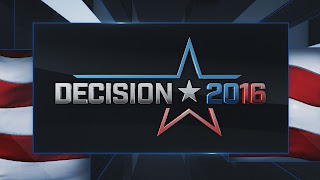 The state has already tallied up historic highs in early voting, and more presidential candidates are set to visit.

Hillary Clinton is heading to Nashville on Sunday, and John Kasich will be in Knoxville this Saturday.

Donald Trump is stopping in Millington, north of Memphis, on Saturday.
Marco Rubio will make a campaign stop in Knoxville on Monday morning as well. Gov. Bill

"Endorsements are important in a lot of cases, but I don't think that's the tell all end all," Burkhardt said.

"The personal visit does make a difference, not a huge difference," Mark Harmon, UT journalism professor, said. "But it's important everything from fundraising to rallying your supporters to showing you care."

Many gathered at Scruffy City Hall to support Sanders Thursday.

"The more people that get out to vote, the higher the turnout, the better it's going to be for Bernie," Tyrrell said. "We're really encouraged by the higher voting numbers."

"Tennessee's going to go Republican," Burkhardt said. "It's which candidate's going to get the most delegates out of it."

No matter who wins what, it's clear Tennessee has a heavy hand in nominations this year.

"We give a substantial number of delegates," Harmon said. "As long as we do, and as long as the polls aren't terribly lopsided, the candidates will come here."
Posted by Mike Donila at 9:37 AM