Commissioner Ed Shouse out of hospital 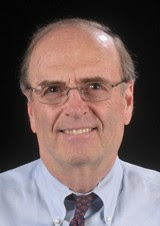 How about some good news? County Commissioner Ed Shouse, left, was released from the hospital on Sunday - 16 days after he checked in to be treated for pneumonia.

“I'm a free man,” he said. “I was the begging the doctors to let me go and they finally did.”

Shouse, 61, a former Knoxville city councilman, has served on County Commissioner since August 2008. He was elected to one of the two commission at-large seats in 2010.

Shouse was admitted to Parkwest Medical Center in late March where he stayed in the critical care unit for four days. He said at this point no one knows how he got pneumonia.

He was eventually taken out of critical care, but couldn't leave because doctors still needed to drain his left lung, which continued to collect fluid.

Shouse said he kept up with local news during most of his stay and expects to attend next Monday's regular commission meeting. But, he said, his doctor told him to stick with “extra light duty for the foreseeable future.”

“I'll be able to make a few phone calls and check email,” he said. “I'm having a tough time just making it across the living room, but at least I'm home.”

At one point, the pneumonia caused pleurisy, a painful inflammation of the lungs and chest lining. The pain was so severe, he needed an oxygen mask to breathe.

The pain was so severe, he needed an oxygen mask to breath.

People take a BREATH in order to BREATHE, Mike. ;)