Winners received a bottle of beer, a cool glass and some stickers.

(We don’t need no stinkin’ trophies.) 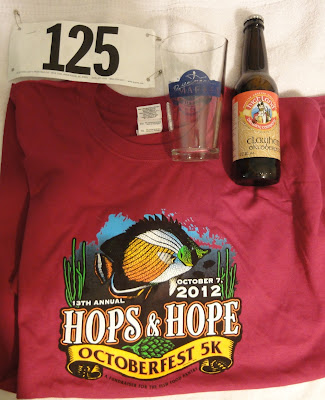