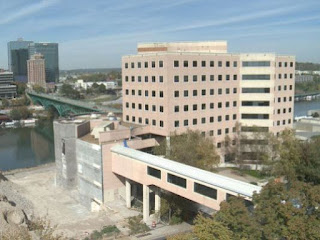 Knoxville City Council members agreed Tuesday to spend up to $9 million in support of moving Regal Entertainment Group to a vacant office building along the South Knoxville Waterfront.

The vote by council was unanimous to approve the money. Council Nick Della Volpe, however, expressed reservations.

"Economically, it's a little weak in terms of the return to the taxpayers for their money being taken from their taxes in this building," Della Volpe told 10News.

More RIGHT HERE.
Posted by Mike Donila at 7:14 AM