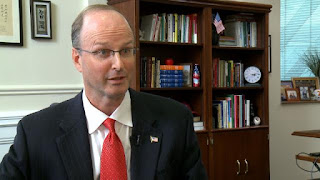 His current deal, which expires in December 2017, pays him $222,800 annually. He also receives $800 per month for travel expenses and almost five weeks of paid vacation.

McIntyre will ask the Knox County Board of Education during a special called meeting on Nov. 30 to extend it through December 2019.

This is a smart play by McIntyre and similar to the one he did several years ago. Four seats are up for election next year and that doesn't bode well for him.

Right now, he generally is on the favorable end of a 5-4 voting bloc.

Of the four seats who typically vote against him on major issues, only one seat is up - Mike McMillan's 8th District post. McMillan is not expected to lose.

Now, that means three of the five seats that vote in the superintendent's favor are up.

Doug Harris has said he's not running. Tony Norman, a former Knox County commissioner and long-time thorn in McIntyre's side, is running for that seat.

Tony has a better than great shot of winning.

And that's not counting the fact that there's two more seats in that bloc McIntyre could lose.

Karen Carson isn't running, so that seat is wide open. Incumbent Tracie Sanger is, but she's not expected to walk right on it.

So, in March, we'll more than likely know the makeup of the new school board. But, those members won't get sworn in until September 2016. That gives McIntyre about 15 or so months on his contract.

Remember: If they get rid of him, they're going to have to pay him something. I doubt it will be the full amount - I don't care what the contract says - but it will be something. It won't be cheap.