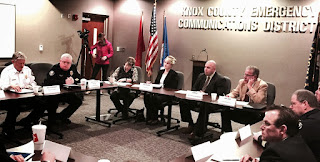 An independent consulting firm has suggested that hooking onto the Tennessee Valley Regional Communications System could end up costing Knox County roughly $3 million more than if the county bought its own digital radio system.

Instead, the firm recommended, the city and county should hire Harris Communications, the company that initially won the rights to oversee the system during a bidding process conducted earlier this year.

The firm, Pennsylvania-based Blue Wing, Inc., turned over its 80-page report to the county on Friday.

The Knox County E-911 Board will discuss the findings during its Nov. 9 meeting.