Elections and Campaign Cash: Cost to run creeping up even in local races 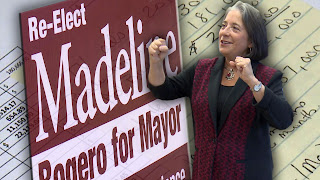 When her current term is up in four years, local experts expect that race to cost even more.

It’s a trend, they said, and one that isn’t going away.

“Yes, it’s an unfortunate one and I don’t see it tapering off,” said Victor Ashe, who served as Knoxville’s mayor for 16 years and is now a local political columnist. “Certainly someone with the shoe leather can still prevail even if you’re outspent three-to-one, but in a larger race for city or county it becomes more difficult. You can’t meet all the voters.”

Ashe knows a thing or two about raising money.

“The money was no guarantee to win, but it sure helped,” Ashe said. “It gets you an ability to communicate directly to potential voters. It certainly enables you to be front and center in the voter’s mind.”

“Money does two or three things,” he said. “It’s a strong indicator in terms of support of candidates. It shows that you can get money (and) it shows you have people who are willing to put their money where their mouth is. It’s a good pre-voting indicator.”

Experts note that each race is different and the amount raised is tied to the number of candidates and just how much effort those running put into the race. Those who spoke with WBIR 10News said there is no average amount or threshold per contest that someone seeking office needs to hit, and that money is certainly no guarantee to win. But, they said it’s getting more and more expensive to seek office, even in smaller contests like school board seats.