New KCSO cars about to hit the road 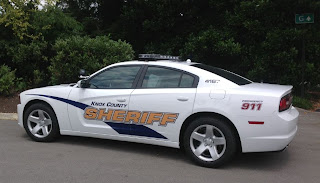 Looks like the Man with the Badge, Knox County's Sheriff Jimmy "J.J." Jones, is about to get some bad a$$ cars for his department.

The office just sent over some pictures, noting that the first wave of new patrol cars are about to the local roads very soon.

The Sheriff decided to get Dodge Chargers instead of Chevrolet and Ford.  (The line of Crown Victoria Interceptors that the department used for years was discontinued.) 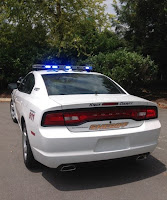 They are being outfitted with emergency equipment, cameras, laptops, and radios before they go into service.  All the cars are going to patrol.

In addition, Knox County Mayor Tim Burchett agreed to fund another 30 cars with surplus revenues that the county is expected to get. (We reported about that last night. Click right smack here for the story.)
Posted by Mike Donila at 6:30 AM