Appears that BOE candidate Rowcliffe has violated School Board policy

So, after sending out the ironic email, then settling a lawsuit in which she reportedly beat the holy heck out of someone (according to court records records), Knox County School Board candidate Sandra Rowcliffe (District 6 seat) has now violated the BOE's solicitation policy by issuing a mass email to the teacher work group. 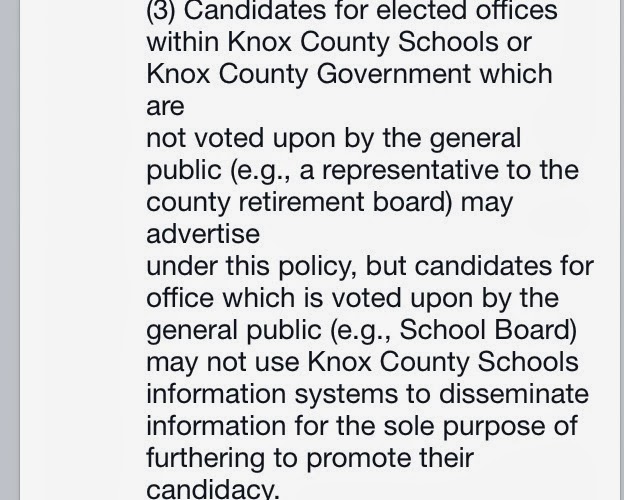 and then here's the little gem of an email that Mrs. Roadblock sent: 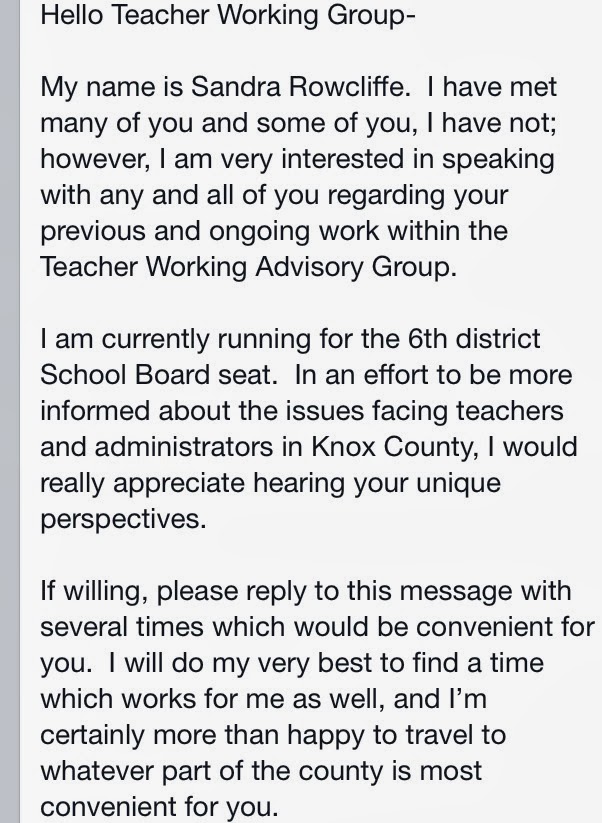 I'll get the hard copies uploaded later.(By the way, does this remind you of the time Sen. Stacey Campfield . . . naw.)

So far, four candidates, including Rowcliffe, Terry Hill, Tamara Shepherd, and Bradley Buchanan, are running for the District 6 seat.  In addition, Ronald Hennen has picked up a nominating petition but not turned it in.

The school board races are non-partisan, with primaries set for May and the general election set for August.
Posted by Mike Donila at 6:22 AM

Someone needs to look into whether she violated PTA and 501c3 policies as well.

Someone needs to look into whether she violated PTA and 501c3 policies as well.

Instead of spending all that money having professionals take pics, create a website and fb page, and write her emails and speeches for her, maybe just maybe she should have invested some of her dollars in learning the rules!! Or just read on her own time, she has never worked outside the home. But wait, she's been involved in PTA for years....doesn't matter, there's a set of rules for everyone and then there's a set of rules for Rowcliffe!