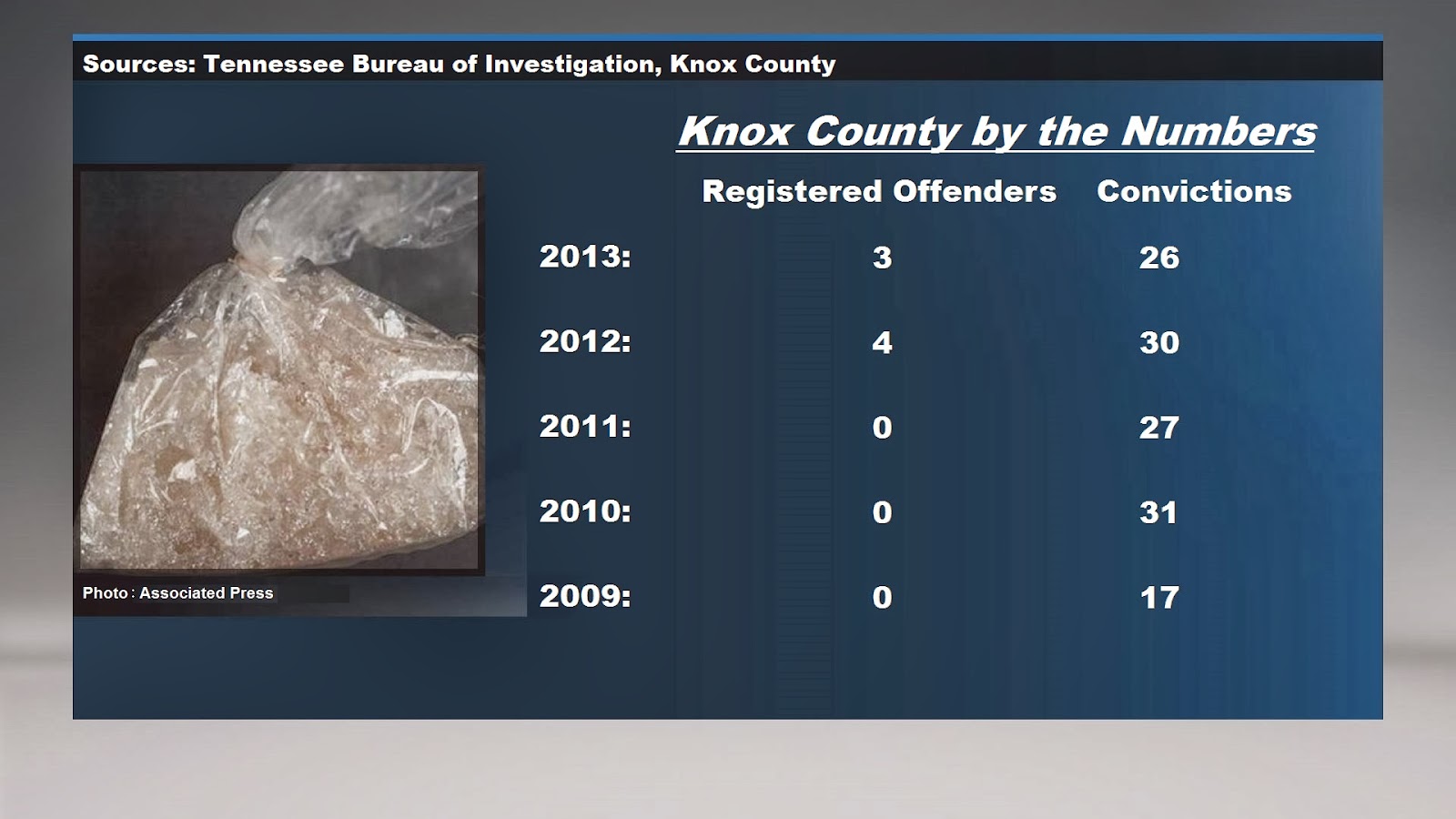 Roughly 30 people were convicted of methamphetamine-related crimes in Knox County last year, but almost all of them can still buy pseudoephedrine, the drug's main ingredient, despite a state-mandated database that's supposed to alert pharmacists not to sell to offenders.

The problem, though, isn't contained to just 2013.

For more than half a decade, the Knox County Criminal Court Clerk's Office has failed to properly update the Meth Offender Registry, a tool investigators and lawmakers say is crucial to combating the growing methamphetamine problem.

The registry is maintained by the Tennessee Bureau of Investigation. But, criminal court clerks throughout the state are responsible for providing the bureau with the names, dates of birth and addresses, of those convicted of possessing, selling or manufacturing methamphetamine, according to state law.

Those convicted must be placed on the registry, which can be found online, for seven years. They also are banned from purchasing pseudoephedrine, an over-the-counter decongestant found in cold and sinus medicines.

Records, however, show that the Knox County Criminal Court Clerk's Office rarely complies with the law.

For example, the courts have convicted 137 defendants since mid-2008, which is when Joy McCroskey took over the office, according to records. But, her department turned over data for just seven people, or about 5 percent of those convicted.

To read the rest and watch the report click right smack here.
Posted by Mike Donila at 7:05 AM