As judges waive $1.2M in fines/fees, officials look at other punishments 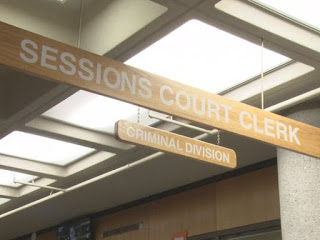 Knox County’s five sessions court judges have waived a little more than a combined $1.2 million in court costs, fines and fees assigned to local offenders since last September when they started their new terms in office.

And, Knox County’s three criminal court’s judges – who hear fewer cases than their peers in sessions court – have waived a little more than a combined $60,100 during the same time period.

That means a not only are lot of local defendants not paying for their crimes, but the county and state are also losing out on much-needed revenue. Local leaders, however, noted that many of the defendants probably cannot afford the costs.

The judges are tasked not only with handing down punishments, but also deciding who can and cannot pay court fines and fees.

"We're very, very careful," Cerny said. "we receive testimony in open court and often, we actually require affidavits (which detail a defendant's finances)." We scrutinize the evidence and make a decision based on, not sympathy, but rather whether or not it's financially prudent to continue trying to collect something that would be impossible to collect."

But, there might be something they can do about it.

When the state General Assembly meets again in January, officials are expected to talk about a proposal that would let judges waive the costs, yet subject the defendants to some sort of community service, possibly picking up trash on the side of the road, cleaning up the Tennessee River or volunteering at a non-profit.

Rest of the story RIGHT HERE.
Posted by Mike Donila at 1:54 PM