Officials: Knoxville venues need $4.2M, but not all about the money 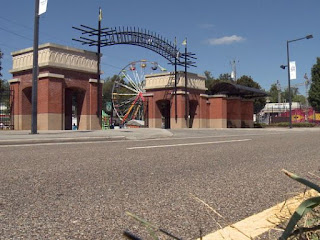 The city is expected to put up a combined $4.2 million this year so that its three biggest public venues break even.

The city, this year, set aside $9.5 million in its public assembly facilities budget, which covers the three venues. The operations are projected to bring in more than $5 million in combined revenues from the events each hosts.

The money, however, isn’t necessarily a concern for Knoxville leaders. They told WBIR 10News that the city puts more of an emphasis on running an efficient operation and trying to close the gap between how much each of the facilities makes and how much the city has to chip in so that the bottom line is met.

“What we look for in all our venues is to run them as efficiently and as effectively as we can (and) to minimize the amount of general fund support that goes to those venues,” said Knoxville Finance Director Jim York. “No venue in the country of this type typically makes money, so our best case is that we try to break even, but that would be optimistic.”

York said city leaders want the venues to provide entertainment and tourism, which will have spill-over effects that help benefit the entire community.

“We think that is a meaningful usage of public funds,” he said.

For more about the costs and the city's proposal to use an outside firm to manage the three facilities, click RIGHT HERE.
Posted by Mike Donila at 1:45 PM