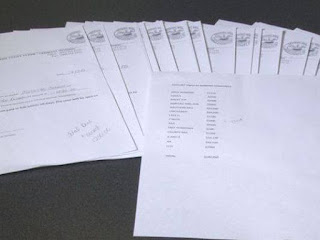 The Knox County Criminal Court Clerk's Office has collected roughly $78,500 from East Tennessee bail bonding agencies that owed the state because their Knox County defendants failed to show up for court.

The uptick in collections comes just weeks after a WBIR 10News investigation revealed that more than a dozen of the companies were on the hook to the justice system for more than $141,000.

The Clerk's Office reports some of the debts go back two and three years, some maybe even more than that.

The money – called a bond forfeiture – is a source of revenue for the state. But it falls under the purview of the Clerk's Office and the local General Sessions and Criminal Court judges to monitor, collect and enforce.

When someone is arrested and jailed, a magistrate or a judge often sets a monetary value of bail. It's meant to ensure a defendant will come to court if given his freedom pending prosecution.

The defendant is typically kept in jail until the full amount of bond is posted, usually by someone acting on his behalf.

Once the defendant's case comes to a resolution, the person will get back the money – minus any fees, penalties or court costs.

In addition, a defendant wishing to pay bail can purchase a surety bond – or premium – through a bonding company. That cost is typically 10 percent of the overall bond amount, and the defendant does not get the money back.

By agreeing to bond the person out, the bonding agency becomes responsible for making sure the defendant goes to court for trial.

If the defendant skips a court date, the judge issues an arrest warrant and forfeits the bond. The agency then owes the court the full bond payment.

Full story RIGHT HERE.
Posted by Mike Donila at 5:03 AM