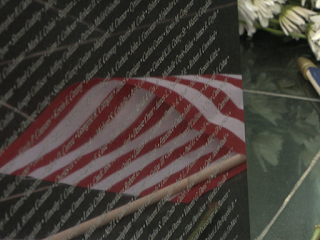 Fifteen years after the events of September 11, people across East Tennessee spent Sunday remembering victims and praying for unity.

A number of services were held in Knoxville to honor victims, first responders and families affected from the events of 9/11.

Crown College and Temple Baptist Church hosted "Knoxville Remembers." The event reflected on why people are proud to live in America through songs and guest speakers. A number of elected officials, military service members and first responders were recognized during the service.

"We had all been attacked, and at that moment, we felt like we all needed to come together and just be Americans. To stand up for what we knew was true and stand up for freedom," said Tim Tomlinson, the Vice President of Administration for Crown Community College.

The city of Knoxville and Knox County held its own service Sunday morning, which was led by first responders.

A moment of silence was held before the names of three 9/11 victims with ties to East Tennessee were read.  The ceremony also recognized local first responders who went to New York City in 2001 to help with recovery.

Rest of story right HERE.
Posted by Mike Donila at 7:02 AM