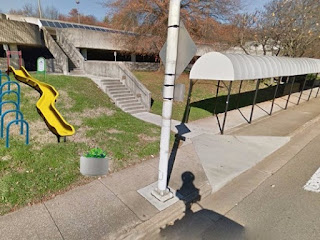 KaBOOM! announced today that the City of Knoxville was selected as a $25,000 winner for its “Downtown Slides” project in the Play Everywhere Challenge, a $1 million national competition that will fund innovative ideas to make play easy, available, and fun for kids and families in cities across the nation.

The “Downtown Slides” project was selected as one of 50 winners out of a pool of more than 1,000 applications nationwide. KaBOOM! is a national non-profit dedicated to bringing balanced and active play into the daily lives of all kids, particularly those growing up in poverty.

The in-ground slides will be constructed adjacent to existing outdoor stairs throughout the city. The pilot project will be a slide located next to the stairs of the Civic Coliseum parking garage and is slated to be completed by the end of the year. Other sites will be selected and announced after seeking public input.

“The location of this project was chosen because it’s accessible by a large number of children,” said Joe Walsh, Director of Knoxville Parks and Recreation. “This slide will be near a trolley stop, the Coliseum and Cal Johnson Recreation Center. We’re always looking for creative ways to get kids’ attention to play, and we feel this project will do just that.”

The Play Everywhere Challenge was developed in collaboration with the Robert Wood Johnson Foundation, Target, Playworld, the U.S. Department of Housing and Urban Development, and the National Endowment for the Arts.