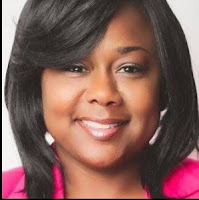 Her campaign literature touts: “Have the Gall to vote Gallman. Rhonda is reachable, relatable and responsible for your vote.”

She will challenge Democrat Rick Staples and independent Pete Drew.

Gallman, 49, has been a regular voter in Knox County since at least 2000 and so far has voted in Democratic primaries.

The local Democrats picked Staples to replace 15th District state Rep. Joe Armstrong after his conviction on a federal count of filing a false tax return.

The deadline to qualify as a write-in candidate is noon Sept. 19.
Posted by Mike Donila at 1:34 PM